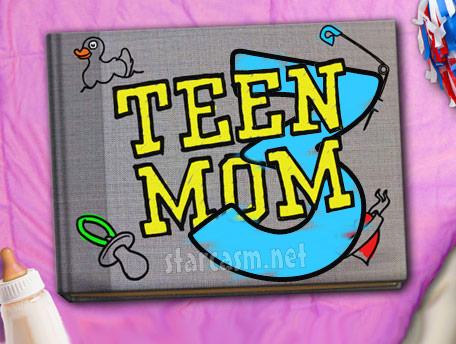 At this time there are no more details available, but it is assumed the new quartet of young moms will be chosen from the upcoming fourth season of 16 and Pregnant set to premiere March 27 with back-to-back episodes. There were some reliable rumors that MTV tried out some of the girls from seasons 3A and 3B of 16 and Pregnant, but for various reasons decided not to move forward at that time.

You can CLICK HERE to check out our post with photos of all 12 girls to be featured on the upcoming season.

UPDATE – Here is an excerpt of the official press release from MTV announcing Teen Mom 3. (I’ve put the relevant section in bold lettering. You can read the press release in its entirety HERE. The rest of it all pertains to 16 and Pregnant Season 4.)

MTV’s hit docu-series “16 and Pregnant” will return on Tuesday, March 27 at 10:00 p.m. ET/PT, with 12 episodes featuring new girls, new stories, and new struggles. The series continues to give viewers an authentic, honest, and intimate look inside the lives of teens as they face unexpected pregnancies and become parents at a young age. “16 and Pregnant” kicks off the season with two back-to-back episodes. Additionally, the network greenlit “Teen Mom 3,” a new series that will document the challenges of four new teens who are struggling to navigate parenthood. Details on “Teen Mom 3” will be announced at a later time.

Teen Mom: Ryan Edwards is fighting Maci Bookout in court for custody of Bentley just to hurt her