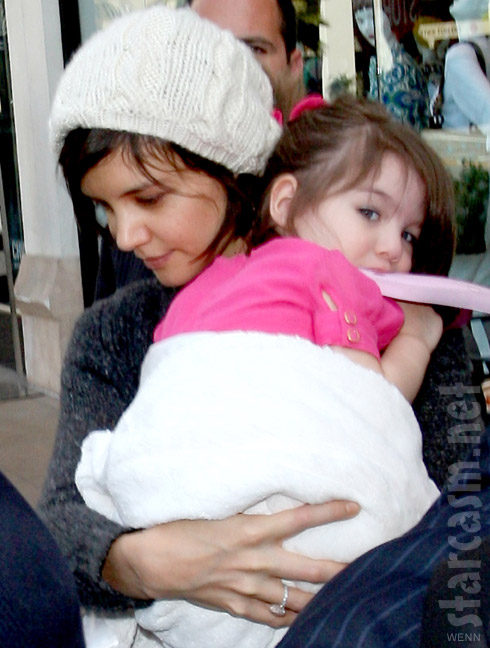 More details are beginning to emerge on the Tom Cruise and Katie Holmes divorce announced earlier today. TMZ has obtained the divorce documents, which were filed anonymously by Katie Holmes in New York on June 28. In the documents it is revealed Katie is asking for sole custody of the couple’s six-year-old daughter, Suri Cruise. She is also asking for a “suitable amount” of child support.

The couple has a prenuptial agreement, but it is not mentioned in the documents and Katie requests a division of property in the filing.

As for the reason for the split, Katie cites the standard “irreconcilable differences.”

Tom Cruise is currently filming the movie Oblivion in Iceland, but his rep issued this brief statement:

“Kate has filed for divorce and Tom is deeply saddened and is concentrating on his three children. Please allow them their privacy.”

(You can read the statement issued by Katie’s rep earlier today HERE.)

TMZ is reporting Tom was “blindsided” by the filing, is “very sad” and “did not see this coming.” The site has also been told that there is some “nastiness” in the relationship, which seems to match up with Katie filing for sole custody.

It sounds like this split is going to be the source of headlines for the next few months. Stay tuned!