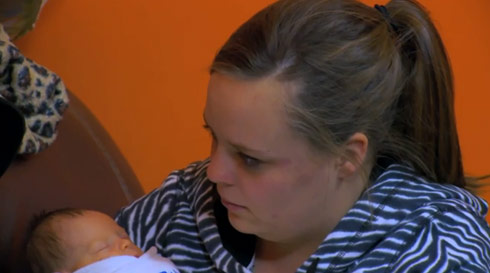 MTV – via People – has released an emotional teaser for tonight’s episode of Teen Mom OG.

In the preview Catelynn Lowell and Tyler Baltierra are seen bonding with their new bundle of joy Novalee and discussing how the entire situation reminded them of when their first daughter, Carly, whom they placed for adoption, was born.

As you can imagine, Catelynn is overcome in the moment as she holds her little one while thinking of her previous choice of adoption. “When we left the hospital, they took me out the same doors as they took me out with Carly, and I was just like, ‘Wow, this is crazy,’ ” she says.

During the discussion Tyler adds, “We only know one way of doing this and that’s you hold her for three days and you love on her.” Catelynn finishes his thought before tearing up, “And then she’s gone.”

We’d be amiss if we didn’t include a squee-worthy grab of Novalee (you can click on the pic for a full screen view)! 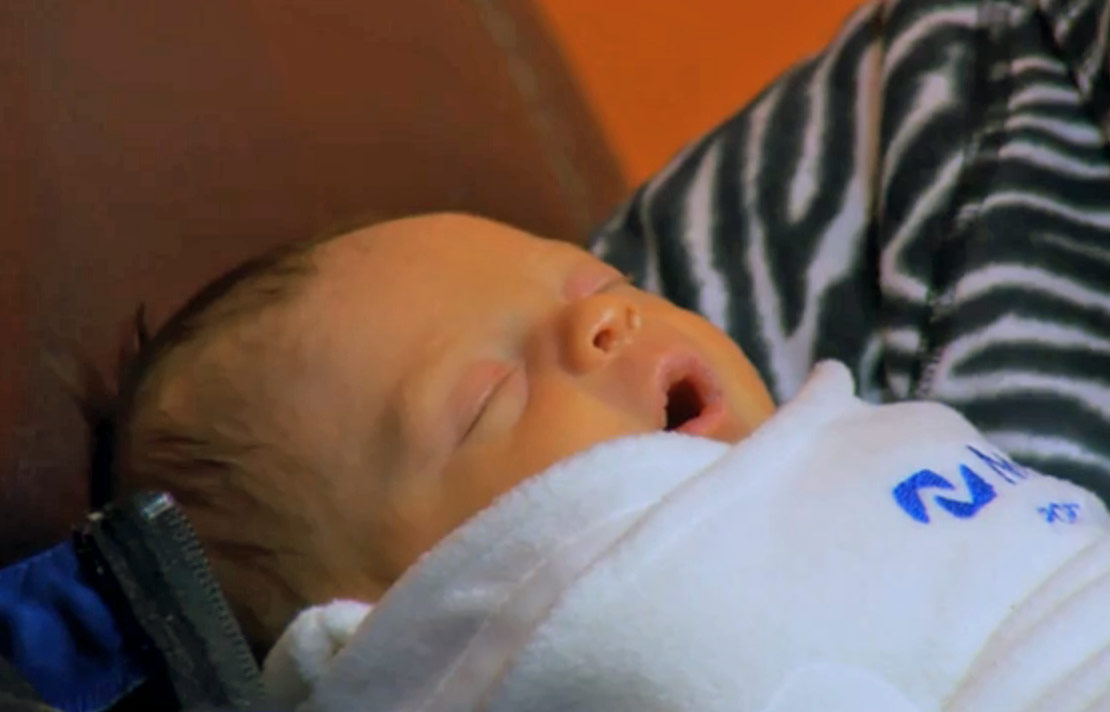 Should Teen Mom’s Maci Bookout have a second baby with Kyle King?