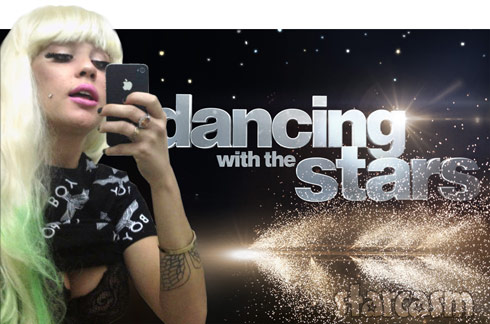 It’s been a while since we’ve heard anything from troubled starlet Amanda Bynes, but that may all be changing soon as the 29-year-old actress is reportedly in talks to star on Season 20 of ABC’s popular competition reality series Dancing With the Stars!

The report comes from OK! Magazine, who spoke with an “insider” who revealed that Amanda is in negotiations. “They think Amanda has a wonderful underdog story and Dancing With the Stars is the perfect forum for her to prove she can entertain while being vulnerable at the same time,” the insider says. alter adding that it is “just a matter of working out the details.”

Star Magazine is also claiming Amanda is in talks to be on DWTS in their latest issue. “The producers think she’d be perfect,” says a source. The magazine points out that “while Amanda has said no to reality TV before, our source says she is seriously considering it… if the price is right.”

Star‘s source says “Everyone thinks Amanda is nuts, but she’s excited to change how the world sees her.”

Gossip Cop has since spoken with a “production source” who conflicts the reports and tells the site, “She is not currently in negotiations.” But, even if Amanda and show producers were in talks (perhaps “unofficially”), the network wouldn’t confirm anything at this point. So, who knows? The deal certainly seems to make perfect sense for both the network and Amanda Bynes. It’s one of the few reality shows that someone can get a lot of exposure (and money) without having to be a spectacle.

As mentioned above, Amanda Bynes has managed to remain out of the public eye for the last few months, but her attorney, David Esquibias, spoke with People in late February and said “Amanda is doing well.”

A “family source” also spoke with People and added, “Amanda is doing much better from where she was months ago. She has her own apartment and is much happier. She and her parents are getting along and Amanda is clear-headed, more focused and has more independence.”

That all sounds like great news! So if Amanda does appear on DWTS, hopefully she will dance a little better than she did in this viral security video that made headlines in October of last year:

PHOTOS Dancing with the Stars Maks and Meryl reunite

Amanda Bynes in control of finances after court approval