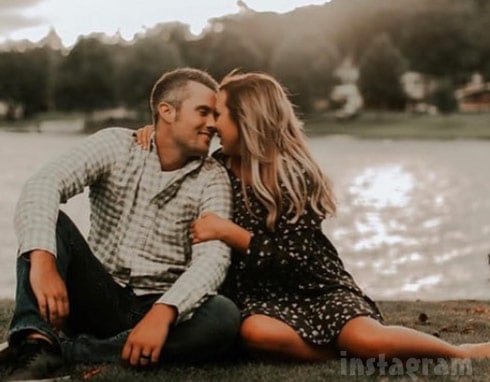 Congratulations are in order as Teen Mom OG couple Mackenzie and Ryan Edwards celebrated their May 15 marriage with an elegant wedding ceremony in Chattanooga on Saturday attended by friends and family — including Maci and Bentley!

(Some might argue that congratulations might not be in order since the two were already officially hitched, but I’m of the belief that any time anybody can pull off a full-fledged wedding, congratulations are appropriate.)

Check out this photo of Taylor and Maci after the ceremony, although it may be hard to concentrate on them with the flamingo suit photobomb going on: 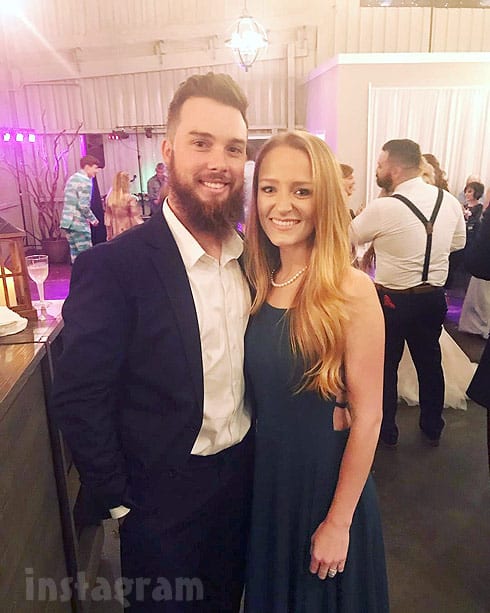 “My date was ??,” Taylor captioned the photo, “and the guys suit in the back was legendary ?”

Professional photographer Christan C. George was there to capture the event, and she shared the first photos from the actual ceremony on Instagram — a series of three shots showing Mackenzie’s son Hudson stealing the show with some serious suave-aciousness:

As you may be able to tell in the photos above, it appears as though Ryan Edwards’ dad Larry served as best man. And if you pan even further to the right, you will see that MTV cameras were there to capture the wedding: 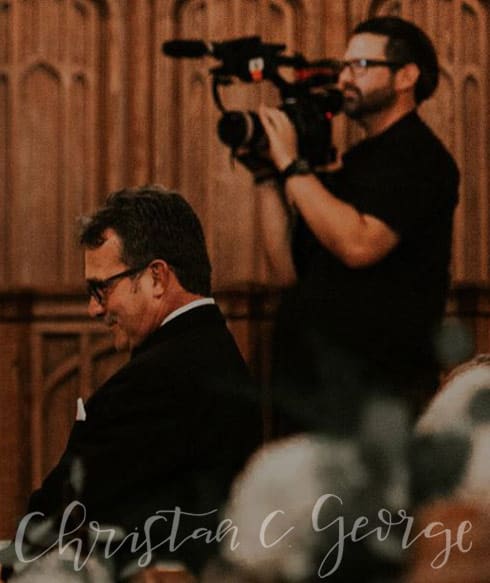 The Ashley’s Reality Roundup reveals that the ceremony took place at the Patten Chapel on the University of Tennessee Chattanooga campus, while the reception was held at The Peyton event venue in Chattanooga. Flowers By Tami handled the flowers, and they shared this album of photos from the reception hall and chapel:

The November 18 wedding date was actually planned before Ryan and Mackenzie officially got married back in May, as evidenced by their online wedding registry created prior to May 15 that included the November date. “It’s been in the works since the day we got engaged. It was never just decided upon—we knew from day one this was going to be it,” Mackenzie told E! News last week.

Christan’s tryptic are the only pictures to surface online (so far) from the actual wedding ceremony, but Mackenzie did share a couple photos from the rehearsal dinner — including one with hubby Ryan and her son Hudson:

And here are Mackenzie and her gal pals from the same night:

Rehearsal dinner ft. my girls! (Minus @alivingston11 , missed you!!!)

The delayed wedding is the second this year for the Teen Mom franchise as Chelsea and Cole DeBoer celebrated their nuptials with a similar after-the-fact wedding ceremony in October.

Clearly, Mackenzie has not gotten off on the right foot with viewers, and Ryan has obviously had some SERIOUS issues over the last couple of years, culminating in the disturbing scene in which he drove impaired to the couple’s official wedding. But, I wish them both the best and hope that their story on the upcoming season of Teen Mom OG will finally take a turn for the better as they begin a happily ever after together. Of course, we will find out if that is the case when the new season premieres November 27 on MTV.

I will send you all off with a couple more photos of Ryan and Mackenzie by Christan from their engagement photo shoot:

Oh my darling, stand by me ?