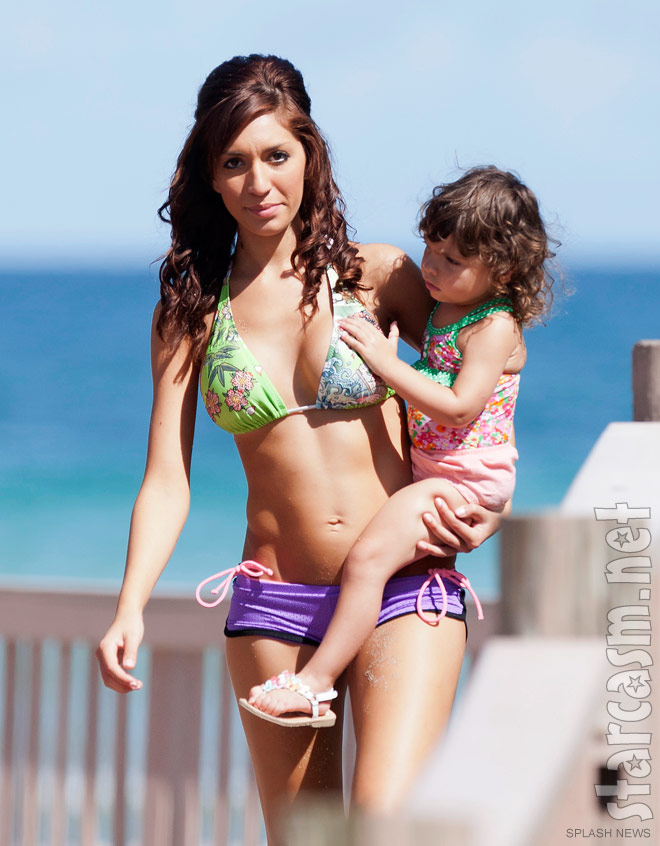 Teen Mom Farrah Abraham’s decision during the Season 3 finale to leave her daughter Sophia with her grandparents Deborah Danielson and Michael Abraham stirred up quite the debate among fans of the show. But, as we reported earlier and Farrah revealed on the Teen Mom Check Up with Dr. Drew last night, she brought Sophia down to Florida after only being apart for a couple weeks.

UPDATE – FARRAH HITS THE BEACH AGAIN, THIS TIME IN… LINGERIE?!?

A source close to Farrah tells us Sophia has since spent some more time with her grandparents freeing up Farrah to fulfill obligations stemming from her busy schedule, but it was only for a short period of time and by all indications Sophia is pretty much a full-time Sunshine State resident! And judging from these photos of her and mom on the beaches of Ft. Lauderdale earlier today, she’s taking to her new home like a fish to water! (You might recall from Season 3 that she seemed a bit apprehensive about the whole “ocean” thing.) 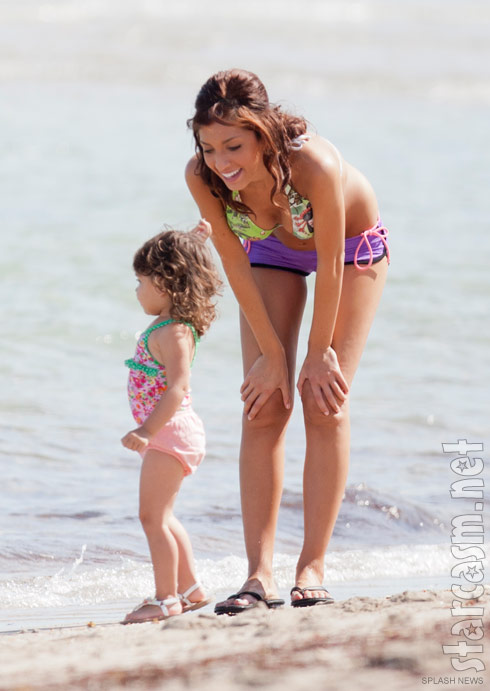 And of course the MTV crews were on hand capturing the moment for the already much-anticipated Teen Mom Season 4! 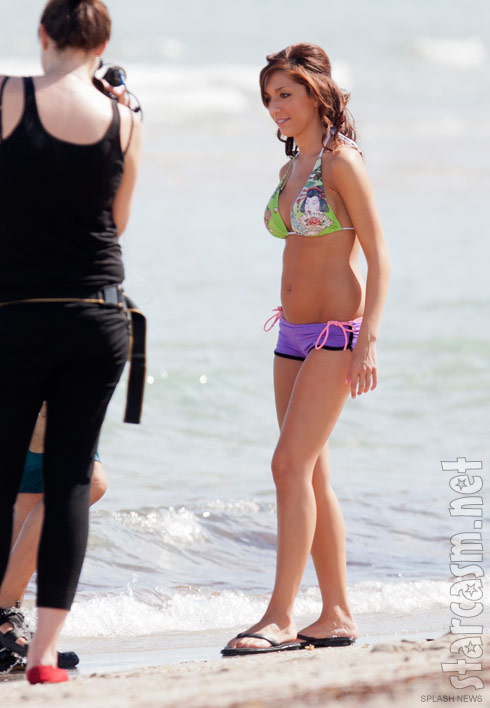 Not only is Sophia taking to her new surroundings, Farrah seems to to be embracing the South Florida lifestyle as well. She certainly has the assets (some artificial, most not) to fully embrace the beach lifestyle, that’s for sure!

And I may be wrong, but that may be the shortest pair of short shorts ever created. Oh, and just in case you were wondering, of course the backside has a bit of advertising. I think it used to read “Miami Beat?” 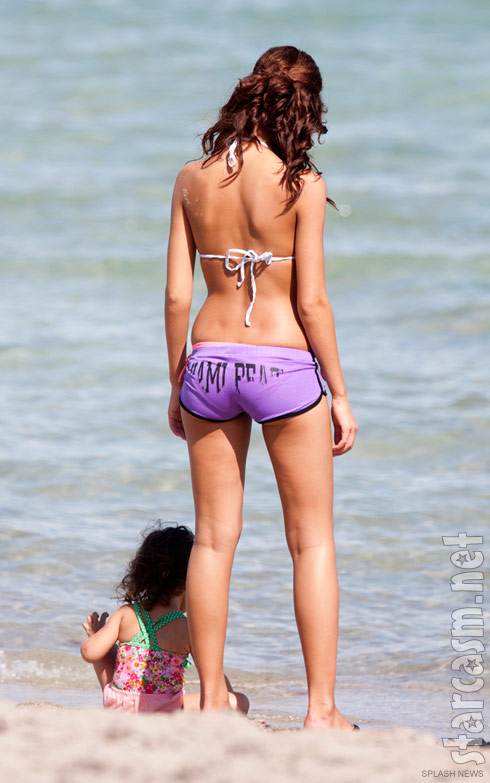 (That’s some prime eye-catching real estate! Farrah should be renting that out – maybe she could strike a deal with Gary Shirley and get some Gary Time going on! The line of Gary Time booty logo could be called Garrierey Time! Or maybe Derrierey Time? Derrieropostale?)

While the two Teen Mompreneurs ponder over what to call their new bootylicious fashion line, let’s take one loooooong last look at Farrah and Sophia, shall we? (Farriere Abraham? OK, I’ll stop now.)

Addressing Shortsgate: It looks like those are some sort of shorts (swimwear or not) on top of a pink string bikini. Shorts or not, it’s still the same bit of material, and really doesn’t have anything to do with anything.