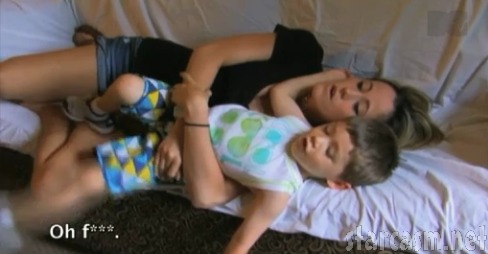 Just when we thought we knew everything about the ladies from Teen Mom 2, MTV goes and drops multiple major bombshells in the fifth season trailer. As per usual, the arguably biggest shocker came from Jenelle Evans.

“It would be selfish to Jace if I had another child. I decided that I am going to get an abortion.” 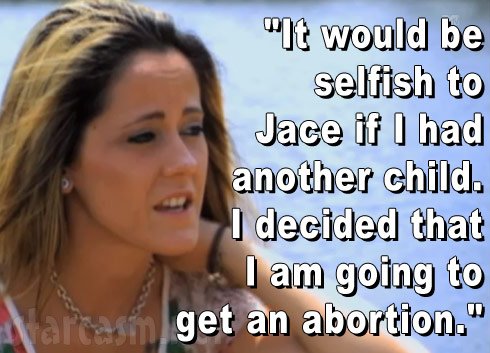 Based on the beach background and short sleeves, it was pretty obvious Jenelle wasn’t talking about the pregnancy that ended in January 2013. But, just to be sure, I looked back at area temperatures from the week Jenelle supposedly suffered a miscarriage and did confirm a cold front held the high temperatures below 50 degrees.

So, when did Jenelle Evans get an abortion? And whose baby was she carrying?

Sources report Jenelle had the procedure done in early summer and was carrying Courtland Rogers’ child. Considering Jenelle claims she hasn’t spoken to Courtland since their April 2013 arrests for heroin possession and assault, she almost certainly conceived the baby before their drug arrests.

According to a source who spoke with Radar Online, Jenelle ultimately decided to have the abortion after she began dating Nathan Griffith.

This seems to fit in with Jenelle’s ex-fiance Gary Head’s accusations Jenelle was planning to get an abortion in late May. She apparently went through with the procedure before MTV had the chance to film it all…

“It was made to look like it hadn’t happened yet, but it already had,” the source said of the conversation Jenelle was having during the Teen Mom 2 trailer. “Jenelle got the abortion right after she started dating Nate.” (In a strange twist, the person she is filmed speaking with about her decision is supposedly Taylor Lewis — the mother of Courtland Rogers’ daughter.) 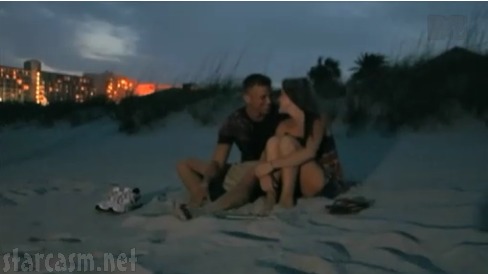 As we reported last week, Jenelle is now expecting a baby with Nathan Griffith.