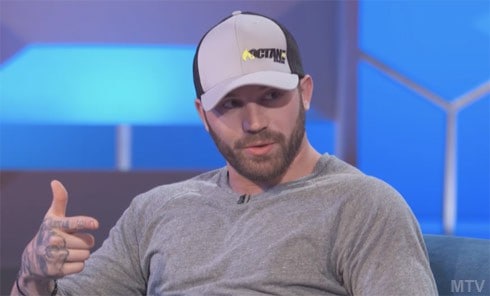 Adam Lind absolutely SHUTS IT DOWN in the last Teen Mom 2 preview clip of the season!

Lind, who shares daughter Aubree with Chelsea Houska, makes it very clear that he’s done with having anything to do with the show. Chelsea is on the couch, but she’s just a bystander as Dr. Drew tries in vain to get Adam to explain why he’s refusing to answer any questions.

Dr. Drew: It seemed like the one thing this season that sort of jumped out was that father-daughter dance and, uh, how come?

Adam: I don’t have to explain myself to you guys anymore. So, I’m not going to participate in this anymore. I’m f***ing done with it. So…

Dr. Drew: So, you’re not going to talk out here?

Dr. Drew: So, you’re just going to sit and not talk?

Things get seriously tense as you see Adam’s legs shaking as he is doing his best to calmly explain why he’s so dang angry. Give him credit, he manages not to scream or walk off in what would be a difficult situation for anybody.

Also, there was this memorable eyebrow-raised look between Drew and Chelsea when they realized Adam wasn’t having it: 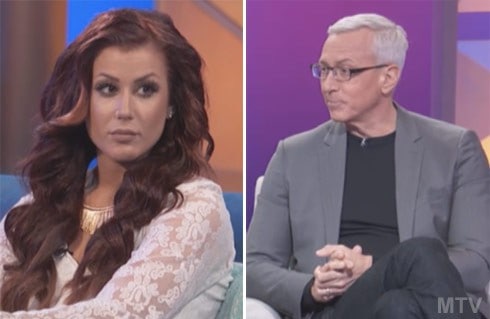 Adam: I’m here because I’m under contract and I have to be here.

Dr. Drew: Do you feel the child support is appropriate?

Adam: Doesn’t matter. I’m not gonna give you guys what you want anymore. I’m done with it. I’m just done with the show, I don’t want to participate in the show anymore. I even texted MTV that I didn’t want to come to f**ing L.A. and I was told you better get a lawyer to get out of your contract. So, here I sit. I’m obligated to be here. I’m not obligated to answer any of your questions, so I don’t have to. There you go. I’m not going to give you guys any more fuel to the fire.

Dr. Drew: Is there a reason?

Adam: Because I want out of this life. I’m f***ing sick of it. The money’s not even worth it anymore.

Dr. Drew: Did something particular push you over the edge?

Adam: I’m just done with it. I just don’t want this life anymore.

Dr. Drew asks Chelsea if Adam’s quitting is cool with her and she says she doesn’t care. Then Drew asks if Adam’s consulted with an attorney about what his options were and Adam said he hadn’t but that he wasn’t going to sign a new contract to continue.

Dr. Drew: I believe you could probably go to the producers and get out.

PHOTO Teen Mom 2’s Leah Calvert gets her braces off