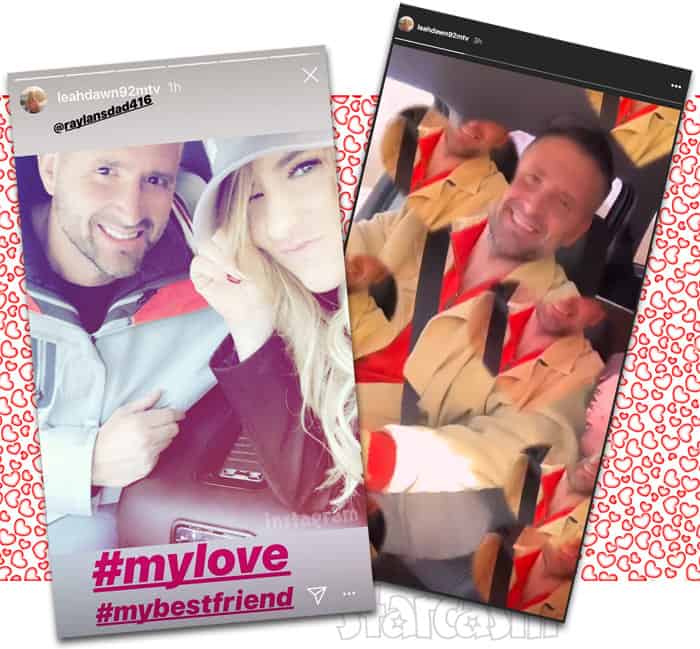 Less than a month after Teen Mom 2 star Leah Messer reportedly broke things off with boyfriend Jason Jordan, the couple appear to be giving it another go as Leah posted a photo and video with Jason — one of which included the hash tag #mylove!

26-year-old Leah first shared a photo with 39-year-old Jason (above) the day before Thanksgiving. She tagged the single father of one’s Instagram account and used the hash tags #mylove as well as #mybestfriend.

On Thanksgiving day, Leah posted a brief video on her Instagram story that used a heart prism filter as she filmed herself before panning around the vehicle to also show Jason as well as her daughters Ali and Aleah.

UPDATE – Leah has since posted a family photo that not only includes Jason Jordan, but also his son Raylan! (Although Raylan’s face has been covered up.) Here’s the picture: 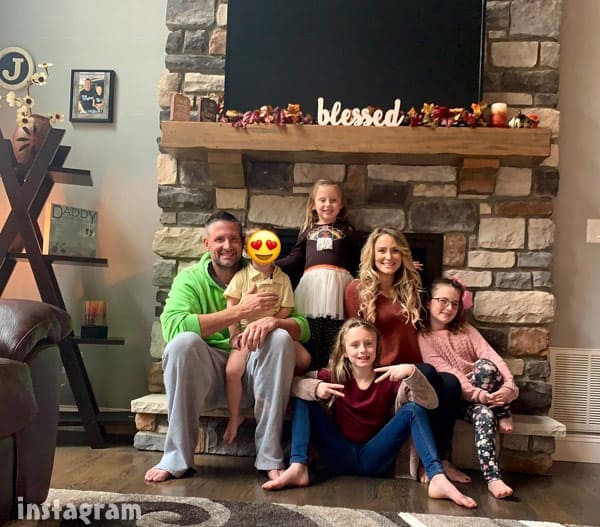 The photo, which looks to have been taken at Jason’s house, was captioned by Leah with: “I’ve never been so thankful! ???? Happy Thanksgiving!! @raylansdad416 #thanksgiving #festivities” I’m thinking that should pretty much clarify any doubts about the two of them being together!

It was reported on October 23 that leah and Jason had called it quits after dating for just over six months. “It just wasn’t working,” one source told Us Weekly. “They’re just not a good fit.”

It’s important to note that Leah never officially confirmed the break up, at least not that I could find. She did seem to confirm the report, however, when she shared this message on Twitter:

To protect your energy…

Leah recently launched her own podcast, co-hosted by Lindsay Rielly and Brian Scott, called Life Reboot. We speculated after the initial reports about Leah and Jason’s split that we would almost certainly find out a little more about what happened in an upcoming episode. That has yet to happen, but now I am guessing that we will be hearing about the split and the reconciliation in an upcoming episode. 🙂

Leah really seems to have gotten her life on track after some very rough years struggling with failed relationships and drug abuse. I couldn’t be happier for her and her family, and I look forward to seeing her and Jason’s story on the upcoming season of Teen Mom 2!