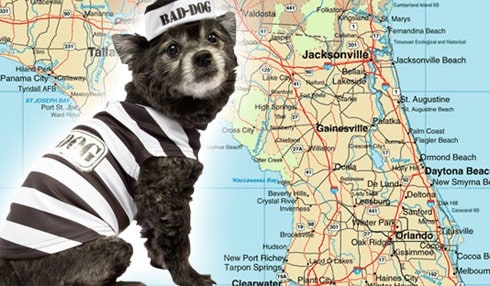 Down in Florida a man’s best friend will allegedly do more than eat your homework!

According to an incident report from the Jacksonville Police Department, a Florida man is claiming that his dog Diesel accidentally shot his girlfriend in the leg.

The unidentified 25-year-old male said that he was snoozing next to his lady friend when Diesel woke him up to go outside. As Diesel lead the way back to the dark bedroom the boyfriend claims he heard a loud bang and saw a bright flash.

He told the cops that he thinks Diesel jumped up on his nightstand where the gun was sitting and caused it to fire.

The boyfriend dialed 911 and applied a towel to his girlfriend’s bloodied leg. She told police that she woke up to an intense pain in her right leg and that she had no idea how she got shot.