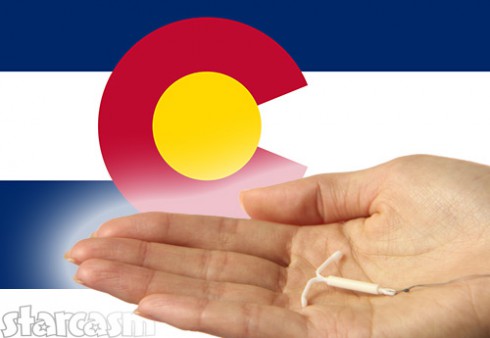 During the time Colorado women were offered free, long-acting birth control, the teenage birth rate dropped by 40 percent and the rate of abortions fell by 42 percent. Although teen birth rates have been declining nationwide, Colorado’s statistics stand alone.

“Our demographer came into my office with a chart and said, ‘Greta, look at this, we’ve never seen this before,’” Greta Klingler, the family planning supervisor for the public health department, told The New York Times. “The numbers were plummeting.”

From 2009 until June, Colorado’s Family Planning Initiative provided more than 30,000 low-income or at-risk women with long-acting reversible contraception (LARC), such as IUDs. In addition to lowering the pregnancy rates among women aged 15 to 19, the Family Planning Initiative cut the repeat birth rate among teen mothers in half and reduced dramatically the birth rate among low-income women in their early 20s.

The results haven’t just helped the young women who may have otherwise gotten pregnant: The Initiative also saved the state millions of dollars. For every dollar spent on the program, the Colorado Medicaid program avoided spending an estimated $5.85. According to the Colorado Department of Public Health and Environment, that resulted in the savings of between $49 million and $111 million in birth-related Medicaid costs.

Isabel Sawhill, an economist at the Brookings Institution, said, “If we want to reduce poverty, one of the simplest, fastest and cheapest things we could do would be to make sure that as few people as possible become parents before they actually want to.”

Despite its undeniable, multifaceted success, the program came to an end last week, after the state’s General Assembly refused to provide additional funding. Until that point it had been privately funded by the Susan Thompson Buffett Foundation. In addition to providing LARC, the Family Planning Initiative also gave more training to health care providers and assistance to family planning clinics.

The Affordable Care Act will still provide free contraceptives, but advocates for Colorado’s program said they fear teenagers won’t take advantage of that because the information wouldn’t be confidential from their parents if they are on their insurance plans.

Although Dr. Larry Wolk, executive director and chief medical officer for the Colorado Department of Public Health and Environment, said he’s optimistic they will get funding again soon, he expressed concern about what could happen until then. He explained, “Making sure Colorado women have access to safe and effective contraception is an investment in their futures and ours.”

PHOTOS Where baby pandas come from