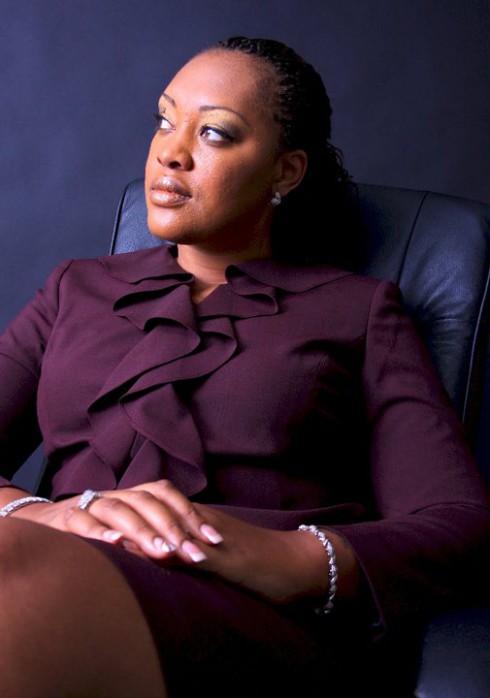 Angela Stanton sent shock waves through Bravolebridom Thursday when Vibe released an interview video in which she detailed her history with The Real Housewives of Atlanta star Phaedra Parks and how the high-powered Atlanta attorney had been the ringleader of a racketeering ring involving herself, Apolla Nida (Phaedra’s future husband), and Apollo’s brother Everett. The video was the first part of three and was promoting Angela’s new book, Lies of a Real Housewife: Tell the Truth Shame and the Devil.

In the first part of the interview, Angela detailed Phaedra’s and her own role in the racketeering ring, as well as an insurance fraud scam the group worked together on before that. Today, Vibe has released the last two parts of the interview in which Angela talks about what happened after she, Apollo, and Everett were arrested – which essentially was that Phaedra promised to defend Angela but then abandoned her, telling the judge it was due to a “conflict of interest.”

Here are the two video clips. (My apologies for the auto start – Vibe has them set that way and I couldn’t figure out how to code them to not start automatically) I’ve provided a bullet point summary of the first clip, and a more in-depth summary of the final clip with most of it transcribed.

• Angela was released from state custody in September of 2005. She tried to contact Phaedra numerous times and could not get in touch with her.

• When Angela arrived at the parole office, federal officers were there to place her under arrest.

• Angela was taken to the federal courthouse and charged with 17 counts of conspiracy, auto theft, racketeering…

• Angela is placed on pretrial release and tries to contact Phaedra Parks again with no luck. She even goes by her office to no avail and says Phaedra was hiding from her.

• Angela does eventually get in contact with Phaedra, who says to Angela, “Don’t worry about it. I got you. I’m going to take care of you. Just remember what we talked about. Let them know that I’ll be representing you.

• On the day of Angela’s arraignment, Phaedra Parks doesn’t show up. When Judge Linda Evans contacts Phaedra she says she will not be representing Angela Stanton due to a conflict of interest. “Maybe she got scared,” Angela says. “Maybe she thought I would tell. Maybe she felt it was just getting too hot. I couldn’t understand why she had just totally and completely abandoned me.”

• In response to Phaedra bailing on her, Angela said, “In my mind I was cool with it. I was like, you know what? Nobody ever put a gun to my head, nobody made me do anything. I’m a grown woman. I accept all of my consequences for what I did.”

• Everett and his brother Apollo Nida (Phaedra’s eventual husband) got sentenced to prison and Angela was sentenced to three years of federal supervision.

Angela Stanton was unable to find any work or receive government assistance because she was a convicted felon.

“When I saw the first episode of Housewives of Atlanta, I was shocked when I saw that she had married Apollo. Not only was I shocked when I found out that she married Apollo, I was extra shocked when I saw Everett featured on the show several times – when I found out that Everett worked as a paralegal at her law firm while he was still in the halfway house. It hurt me when I looked and I saw the episode when a young lady from Destiny’s Child came strolling in her office and was crying and saying, ‘I been in jail and I just want to get my life together,’ and Phaedra actually had the audacity to cry, and then touch her and tell her that she had a golden touch and she was going to help her get her life together.

“It hurt me when I watched the show and I saw Phaedra giving birth to her baby on the show, and I knew that I was handcuffed to a bed when I had my baby, and they took my baby from me 24 hours later.

It hurt me when I thought about Phaedra, who was somebody that was my friend, when I learned that she went and she stood over my mother’s body, and she knew that they were framing me. She Knew she had no intention to help me get out of the situation that she created. Somebody had to be the fall guy for the entire operation, and it just happened to be me.

“I just couldn’t understand why she would be so involved with destroying my life, but not interested at all in helping me build it up. And just to kind of sum it up, it’s kind of like a football game, if you say. The coach, he stands on the sidelines, and he calls all the plays. But the player is the one who actually takes the ball and runs down the field, and he’s the one that takes all the hits. Not only does he takes all the hits, he brings home the trophy.