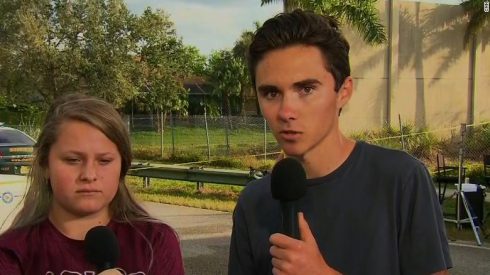 If you repeat a lie often enough it doesn’t make it true, but it can make it believable to others. After the Sandy Hook tragedy there has been a popular conspiracy theory that claims the shooting was an elaborate hoax to try to promote gun control laws. Hoaxers have pieced together bits of information to make persuasive blog posts and YouTube videos to support their claims. Some of the people who bought into the Sandy Hook hoax narrative have even gone so far as to harass and stalk parents and survivors, who they believe to be paid actors. Parents who lost their children have been asked to prove that their child lived and died.

Last year a college professor lost his job because he demanded that parents present paperwork proving their child ever existed and last year a Florida woman was sentenced to jail for making death threats towards a parent who lost his child.

Now it seems that any time a horrific mass school shooting occurs, the precedent has been set to frame it as a hoax designed to combat gun laws. This narrative gets bolstered by the inevitable call for gun control by many politicians, celebrities, journalists, online influencers, and direct survivors of the event. In the face of such senseless violence and loss it makes sense that people would look to find a solution and promote what they believe is the best solution. Instead, conspiracy theories apply this reaction to their own theory.

David Hogg is a teenager who has been interviewed on for television news for two separate reasons. Last August (2017) he visited Southern California and got in a confrontation with a life guard Southern California in which a young surfer gets into an argument with a Redondo Beach lifeguard because he put his boogie board on a trash can. He got interviewed on the local news over the confrontation. 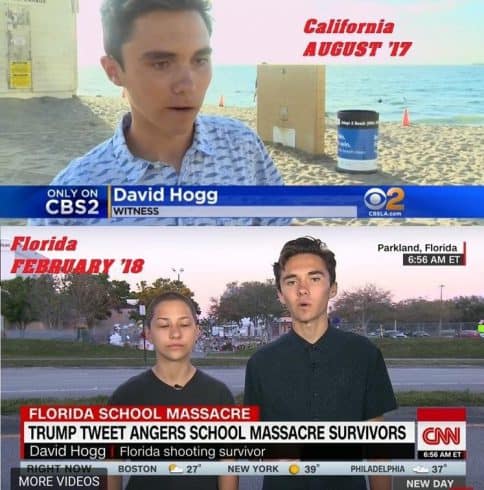 He spoke to the news again after he survived the terrifying mass shooting at Marjory Stoneman Douglas High School this month (February, 2018.) A YouTube video pointed out that Hogg appeared on television on these two separate occasions and then concluded that this must means he is a “paid, crisis actor” who travels around the country making media appearances to promote gun control laws. The Ockham’s razor answer is that he’s just an outspoken teenager who lives in Florida, survived a horrifying tragedy this month, and happened to travel to California this summer.

“I’m not a crisis actor,” Hogg, 17, told CNN’s Anderson Cooper on “AC360” Tuesday. “I’m someone who had to witness this and live through this and I continue to be having to do that. I’m not acting on anybody’s behalf.”

The video casting David Hogg as an actor in a massive conspiracy theory has now been removed from YouTube trending, but not before millions of people viewed it.

VIDEO Beyonce the puppy is a fierce survivor