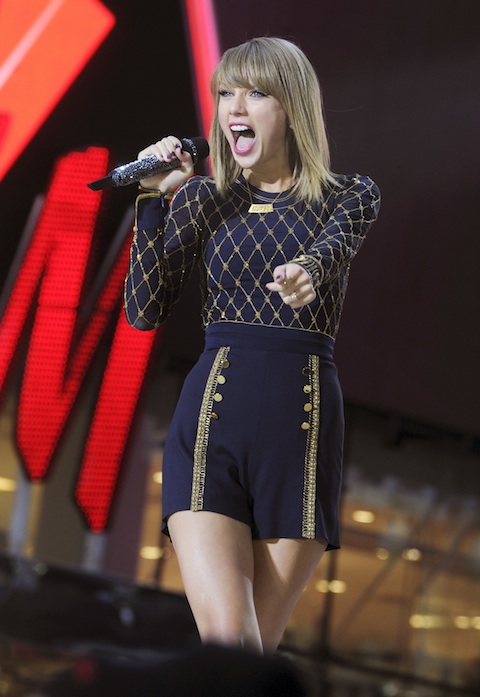 Taylor Swift, whose new album 1989 has turned heads with its wicked hook and serious crossover appeal, has pulled all of her music from streaming service Spotify.

And she’s done it just after announcing the initial batch of dates for her 2015 world tour. Oh, publicity!

Swift offered no explanation for the pull. A Spotify rep did confirm, though, that Swift’s music was gone…and that he couldn’t say when–or if–it might be coming back.

Swift had declined to release 1989 on the popular service, though fans clamored for it there. Speculation has led most to believe that Swift was protesting Spotify’s weak royalty payments–less than a penny per play, by the company’s own calculation.

Last month, even Jimmy Buffet asked the company for a raise. Once you’ve made the cheeseburgers in paradise sad? You’ve really got to rethink what you’re doing.

In probably not-at-all-related news, Swift recently performed on Good Morning America, and announced the first batch of dates for her 2015 1989 world tour. Despite rumors to the contrary, 26-year-olds will not get in for free.

Here’s the first batch of dates:

Dag, yo. That’s quite a stretch. If you’re looking for Taylor, you know where she’ll be.