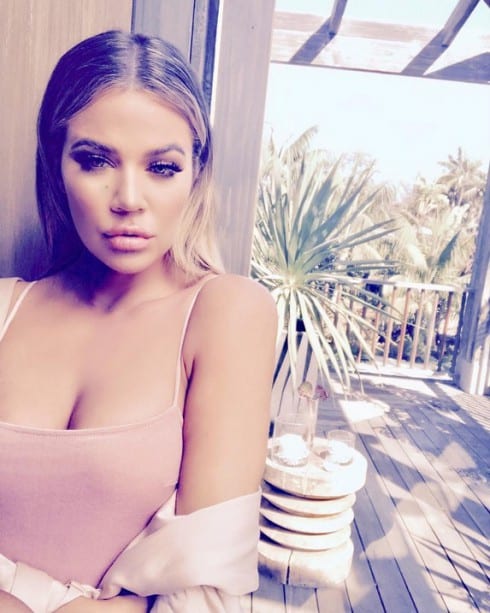 Just four days after Kylie Jenner’s pregnancy bombshell, it seems another member of the greater Kardashian family is also with child. According to a report from TMZ, Khloe Kardashian is pregnant, three months along, and thus due to give birth in April.

“Multiple sources” claim that Khloe conceived naturally, and that, “so far, she doesn’t know the sex of the baby.” As was the case with Kylie’s pregnancy, none of those sources are actually quoted in the article; as is the case with TMZ, that usually means the story is actually legit. Furthermore, unlike the rampant speculation over Kylie’s baby daddy’s true identity, we know who the father of Khloe’s alleged baby is: Tristan Thompson, power forward for the Cleveland Cavaliers and Khloe’s boyfriend of thirteen months.

Devotées will recall the staggering number of Khloe Kardashian pregnancy rumors over the past year. Earlier this month, Khloe was said to be planning to get pregnant shortly after marrying Tristan in a Christmastime ceremony this year; before that, she reportedly wanted “a natural baby” from Tristan–something she apparently got–after Kim Kardashian was said to be pushing for surrogacy. Before that, at the beginning of summer, the story was that Khloe and Tristan wanted a wedding at their one-year anniversary, with a baby to follow.

And, of course, Keeping Up With The Kardashians ended its 13th season with a scene of a fertility doctor telling Khloe she might not be able to have children. Whereas now–surprise!–the show is about to premiere its 14th season, and no fewer than three family members are pregnant. Skeptics have also noted that KUWTK’s last two seasons have drawn the lowest ratings in the show’s history. So either the rash of Kardashian pregnancies is a bizarre coincidence, or another one of Kris Jenner’s plots to get America’s reality focus back on her family. Four days from now, we’ll be watching the headlines for Kourtney’s name.

Are Khloe Kardashian and Lamar Odom getting back together?