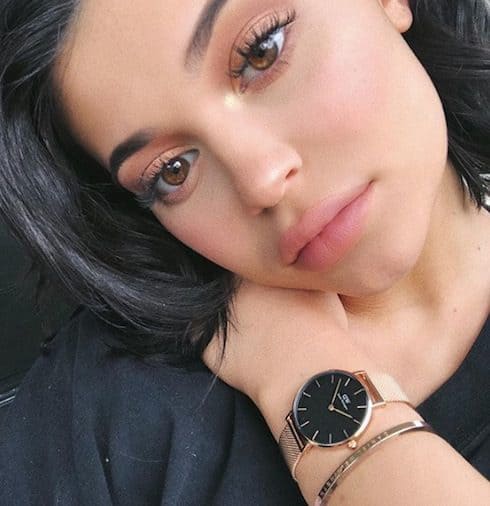 Kylie Jenner remains “very conflicted” about her rumored pregnancy with Travis Scott’s baby, and is allegedly still weighing whether to have an abortion, according to a new report.

The implication, per In Touch, is that Kylie either can’t deal with the pressure of impending motherhood or is tired of hiding her still-alleged pregnancy — despite leaked baby shower photos, Kylie has yet to actually confirm the fact that she’s pregnant.

An anonymous insider further suggested that Kylie won’t even say the word “abortion” — either that, or the insider didn’t want to be responsible for mentioning it without authorization. Here’s the quote in question: “It was a decision that was weighing heavily on her and it wasn’t something that she took lightly.”

So has Kylie Jenner had an abortion? It isn’t clear from the original article what exactly the “it” in that sentence refers to. For the record, a few weeks ago Kylie apparently hated her baby shower and was suspicious that Travis might have been cheating on her.

But those reports came hot on the heels of rumors that Kylie and Travis had actually gotten engaged in secret. And Kylie Jenner abortion speculation is nothing new: there have been reports on rumored speculation for a few months.

For what it’s worth, Hollywood Life is now reporting that Kylie Jenner is “nervous about Travis’ committment as a father.” Their insider elaborated: “Kylie is getting anxious as her pregnancy is progressing. She is quietly fighting off any doubts and concerns and worries about what kind of father Travis is going to be.”

As the insider further explained, Kylie’s nervousness appears to stem from that fact that Travis is a hugely successful performer and spends a lot of time on the road:

Kylie and Travis have not been spending a lot of time together during her pregnancy, mostly because he has been so busy with work. Kylie has been pushing back on her fears about the future instead hoping that things change when the baby arrives. Kylie’s mind is telling her to prepare for the worst while her heart is telling her that once their gorgeous baby is born, Travis will be more present and be the devoted father she was lucky enough to have as a child.

Finally, it’s probably also worth pointing out that, as of this writing, Travis Scott has three remaining concerts scheduled for the tail end of 2017, and only one show on the books for 2018.

(Photo credit: Has Kylie Jenner had an abortion via Instagram)