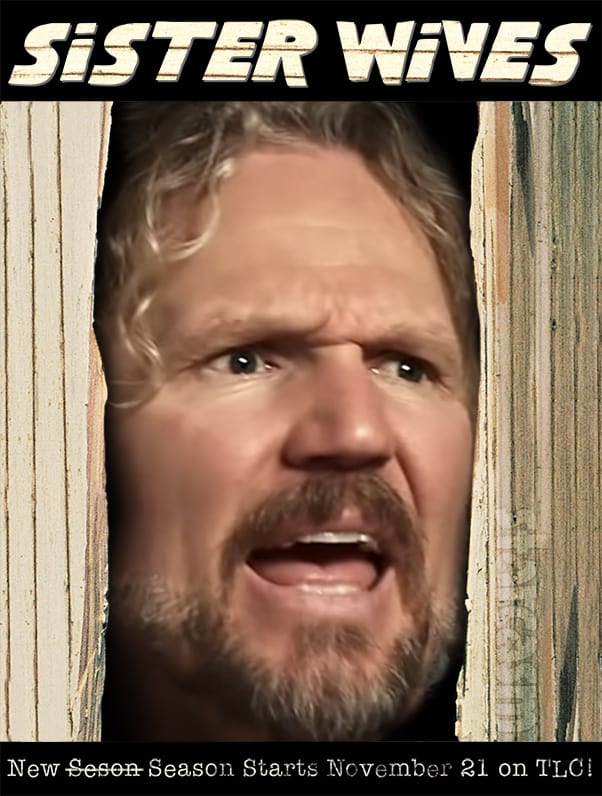 Fans of TLC’s plural marriage reality series Sister Wives had to wait almost an entire year between previous seasons, but the wait for the return of the Brown family is much shorter this time around! TLC has just officially announced that Kody and his lady posse will return for a brand new season on November 21.

“In the new episodes of Sister Wives, the Brown family continues to struggle with its move, and the pandemic strains relationships more than ever,” the new press release vaguely teases. (That sentence would be 100% accurate for the prior season, so nothing new there.)

However, the press release goes into more detail with some actual season-specific tea.

First up is Christine’s potential return to Utah. “Kody talks to each of his wives about Christine’s desire to move to Utah and gets a resounding no from each of them. When he tries to talk Christine out of it, she can’t even have a conversation with him and walks out in tears.”

As we reported earlier this month, Christine recently listed her house for sale. However, we also reported earlier this month that Kody and Christine’s 18-year-old daughter Ysabel Brown has moved in with her sister Maddie in North Carolina to attend college. That could mean that Christine selling the house was more of a practical decision and not necessarily an indicator that she is planning to leave Flagstaff. Perhaps with the smaller family she might even consider buying a camper and moving in next to Janelle on Coyote Pass?

On another note, I’m predicting that we will get an emotional scene in which Kody berates Ysabel for wanting to go to college before explaining that the family can’t afford it due to needing more money in the scholarship funds for Robyn’s kids. (Just making a Sister Wives joke y’all! …Maybe.)

The next season of Sister Wives will continue to highlight the unique issues that a pandemic brings to a plural family with multiple households. “A difference of opinions about COVID protocols creates tension between Janelle’s family and Kody and Robyn,” the press release reveals. “Both Janelle and Christine’s families refuse to follow Kody’s COVID rules.”

The issues over how to handle the coronavirus threaten to come to a head during the holidays. “As the family prepares to start building on their property, they are splitting apart at the seams over the upcoming holidays…Is the family not getting back together, even for the holidays? With tensions boiling over, more than one wife is questioning the future.”

It sounds like Meri will be focused on looking at the mountain this season. “Despite the fact that Meri has no romantic relationship with Kody, she seems to be doing better and managing the drama within the family well.”

The new season of Sister Wives premieres Sunday, November 21 at 10/9c on TLC.