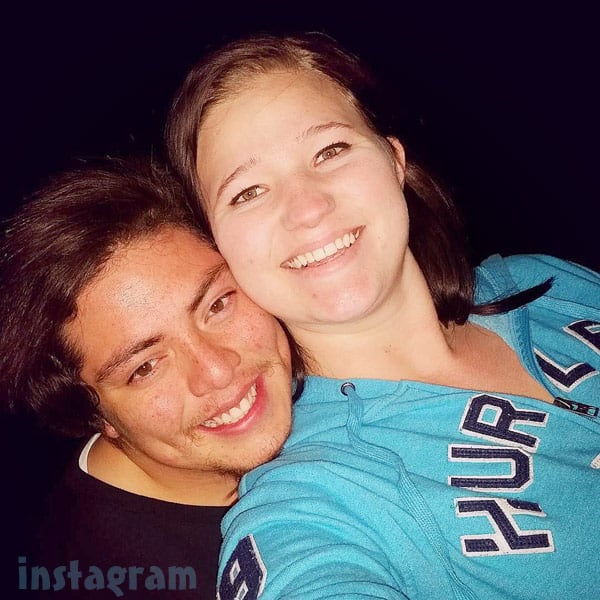 Sister Wives stars Kody Brown and his four wives have 18 kids and counting, but unlike traditional monogamous families, the Brown children are not evenly spaced out at least nine months apart. So, with the older children becoming young adults, that means LOTS of college tuition and lots of engagements and weddings!

Last fall we saw Maddie Brown get engaged to family fave Caleb Brush, and now Maddie’s younger sister Mykelti Brown has made it official with her fiance, Antonio Padron!

Mykelti shared the good news on Instagram with the photo above, in which she can be seen being dipped by Tony during an engagement photo shoot. “I’m getting married to my best friend and I’m so happy,” Mykelti wrote. “He asked and I said yes, but what I’m really excited for is when we get to say ‘I do.’ I love you Tony.”

20-year-old Mykelti also spoke with Us Weekly about her beau and the engagement. “Tony completes me in every way,” she gushes. “He is an incredible man and together, I believe we are perfect.”

Tony expressed similar feelings about his bride-to-be: “I feel as if I’ve completed a puzzle with her and added superglue to keep it together forever!”

So how did the proposal go down? Mykelti reveals that it was during a nature hike whe the two had stopped by a waterfall. “Tony got down on one knee and recited a poem he had written for me while opening a ring box,” she reveals to Us Weekly. “It was such a beautiful ring. I said ‘yes’ with all my heart and I meant it!”

And what are the deets on that “beautiful ring?” Mykelti says Tony eschewed the traditional diamond engagement ring and instead opted for her favorite gem stone, a green amethyst.

Tony reveals that he asked Kody for Mykelti’s hand in marriage prior to the proposal and said his future father-in-law “seemed overjoyed.” And what about his future mother-in-law, Christine Brown? She was reportedly surprised initially by how quickly the relationship blossomed, but has since warmed to the idea of gaining a son-in-law, as evidenced by this photo of Christine and Tony together: 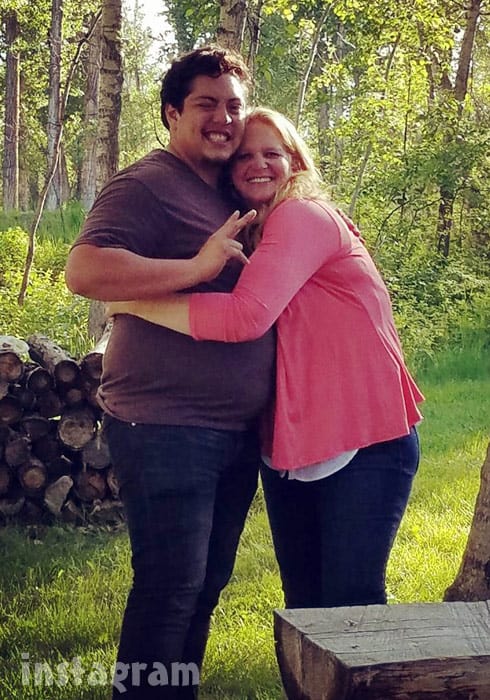 “I love you both to the moon and back and then again to infinity and beyond,” Mykelti captioned the picture on Instagram. “My wonderful man and my incredible mom having a lovely moment in nature,” she added.

Us Weekly reports that the two have been dating for nine months, which seems to roughly line up with Tony making their relationship “Facebook Official” in late October of 2015. The two, who do not plan on following in Mykelti’s parents’ polygamist footsteps, hope to have a large wedding in the winter.

Congratulations to Mykelti and Tony! We can’t wait to see Kody stressing out about the wedding on the next season of Sister Wives. 😉