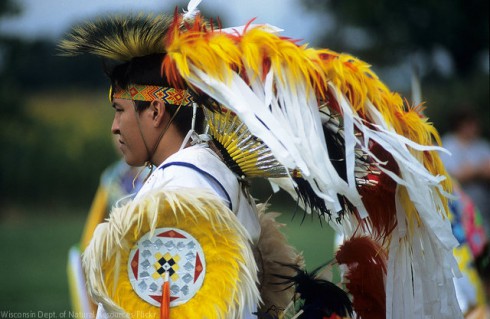 This year, the argument against Columbus Day seemed to reach a fever pitch, with an increasing number of cities agreeing it is more appropriate to mark the second Monday of October Indigenous Peoples’ Day. Within just the past two months, eight towns — including Albuquerque, New Mexico, which has the highest concentration of Native Americans in the United States — have voted to celebrate Indigenous Peoples’ Day instead of Columbus Day.

Although Columbus Day is little more than a paid holiday (in 23 states) for many, changing the change the name to Indigenous Peoples’ Day isn’t just a technicality for the thousands of Native Americans who continue to fight for recognition. As Deborah Kafoury — a chairwoman in Multnomah County, which is marking Indigenous Peoples’ Day for the first time this year — told KFOR, “Reclaiming the second Monday in October as Indigenous People’s Day makes a powerful statement. It says, ‘We are no longer going to celebrate a time of genocide, but instead we will honor the land we live on and the people who have been here since the beginning.'”

Vincent Schilling for Indian Country explained the anti-Columbus Day position in more detail by arguing the explorer didn’t even land on American soil, but did condone the rape, abuse and slavery of the natives he encountered in the Bahamas. John Oliver also weighed in last year with an amusing video:

There is some pushback to the Indigenous Peoples’ Day movement from certain groups, most notably Catholics and Italian-Americans — the populations that were behind the initial drive to make Columbus Day a federal holiday 1937. The Order Sons of Italy in America argued in a press release that Christopher Columbus should still be honored as “a great Renaissance explorer who founded the first permanent European settlement in the New World” and began the “cultural exchange between America and Europe.”

Columbus Day? Indigenous Peoples’ Day? Or does it matter at all?