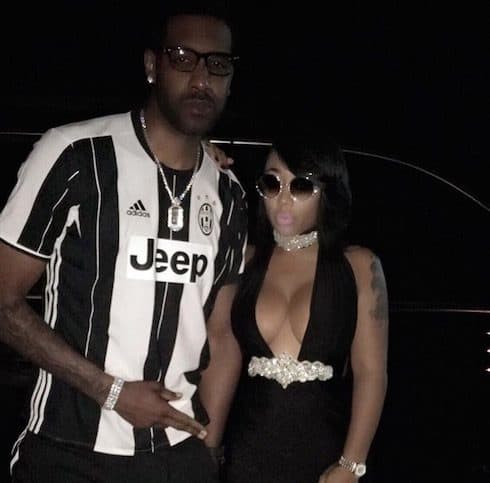 Jessica Dime is one of the biggest names on Love & Hip Hop Atlanta, but what is her fiancé Shawne Williams NBA salary? As it turns out, the journeyman forward has an impressive net worth, thanks to his years of employment by the league — and he stands to earn quite a bit should he make an NBA roster this season.

According to noted athlete contract tracker Spotrac, Shawne earned a total of $13,883,210 from his last five NBA contracts alone. (Shawne entered the league in 2005, but the site only has data going back to 2010). Since Shawne was overseas playing in China in 2016, he earned an average of $2,776,642 per season from 2010 to 2015, thanks to stints with the New York Knicks, New Jersey Nets, Portland Trailblazers, Los Angeles Lakers, and Miami Heat.

Just before the 2017-2018 season, Shawne Williams NBA salary was set to be $2,106,470, thanks to a contract offer from the Minnesota Timberwolves. (Believe it or not, that figure is the league minimum for someone with Shawne’s experience: his eight years in the NBA entitle him to the third-highest minimum salary on the scale.)

However, Minnesota then waived Shawne so they could send him to the Iowa Wolves, their NBA G-League franchise. Since their season began last autumn, Shawne’s played in nearly every game, and averaged 8.2 points and 3.7 rebounds on just a touch over 23 minutes per game.

However, while we can guess at Shawne Williams’ net worth based on his NBA salary, one thing we don’t know is how much he’s getting paid for his more frequent appearances on Love & Hip Hop Atlanta. Now that he and Jessica Dime are engaged — and reportedly have a baby on the way — it seems possible that those VH1 checks will only get bigger.