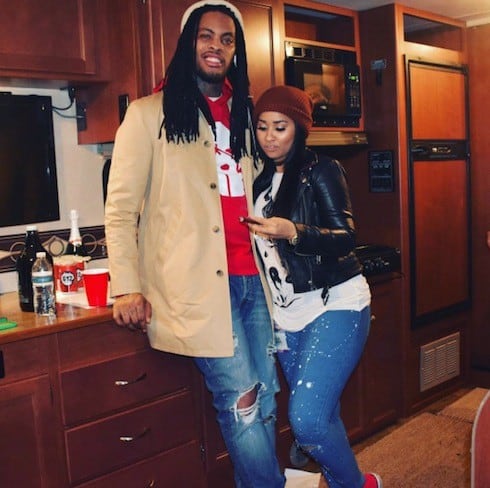 It’s been a total public love-fest for Waka & Tammy Rivera of late! The Love & Hip Hop Atlanta stars took to social media to shower each other with affection in celebration of their three-year wedding anniversary–a far cry from this time last year, when the two were on the brink of divorce following the revelation of Waka’s affair. And, while they haven’t yet confirmed or disconfirmed long-standing rumors that either Tammy is pregnant or they intend to have a child soon, the fact that their marriage appears to be at its healthiest is more than enough for most fans.

In fact, they shared the same celebratory photo on their anniversary, though, thanks to ever-present haters and trolls, Waka’s take was a bit more sarcastic:

And Tammy’s a bit more heartfelt:

Today makes 3 full years we've been married and 7 years together. It's been a struuuuuuggggggggle lawd knows but nigga we made it lol! HAPPY ANNIVERSARY BABE! @wakaflocka 7 years down a life time to go….

The pair also shared some adorable photos of the two of them from a recent ski trip to Breckenridge CO:

#MeetTheFlockas don't mind his face he can still taste me on his lips ?

…and, more recently, Waka has been singing his wife’s praises as she cuts her first album:

Woke up to my wife singing ? your voice beautiful baby @charliesangelll ? #TammycanBlow Prod. by my brother @iamricolove

Given everything those two have been through in just the past year–let alone the seven years they’ve been together–it really is nice to see things settling in so beautifully for them, whether they decide to have a baby soon or not.

And, on a related note, the Love & Hip Hop Atlanta Season 6 cameras are already rolling, so we may get some fresh Waka & Tammy Rivera baby rumors (or even news!) very soon indeed 😉