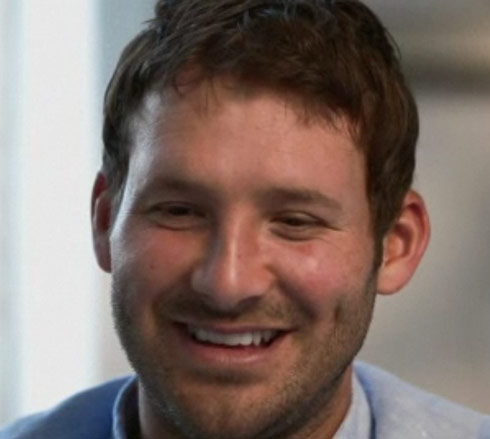 Dallas Cowboys quarterback Tony Romo recently sat down with Graham Bensinger for a candid interview and revealed a rather surprising bit of information in regards to his bachelor party. No he didn’t wake up in Vegas with a missing tooth, a tiger or a Mike Tyson face tattoo but he did play hide-n-seek with all his close buddies in a alcohol free pre-wedding festivity.

Romo and his other adult male friends got not buck wild by turning out the lights and feeling around for each other in the dark. Tony was pretty pleased with his hiding spot as he revealed that he managed to hide for over 30 minutes! This ability to cower and cover with the pressure on was a source of great pride for Tony. It was is if her turned his cap around and it was like a broseph hiding switch.

The group of close men tried it twice and Tony won both times. The Cowboy-cards were stacked though as the leader of the franchise revealed it was his inspiration to play the children’s game. No word yet if they went “next level” with a little tickle me Romo.