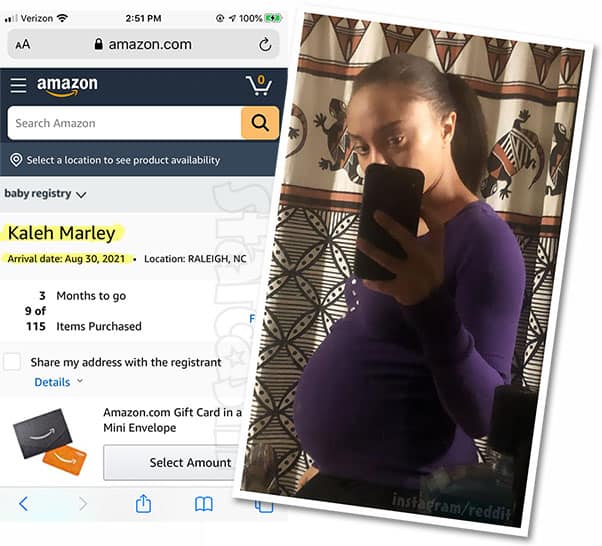 On the current season of Seeking Sister Wife, viewers watched as Kaleh Marley gradually grew apart from Jarod Clark and her sister wife Vanessa. Kaleh would eventually decide to leave the family, but now she looks to be starting her own!

Kaleh reportedly posted and deleted a photo of her rather sizable baby bump on Instagram last week, which was captured and re-posted on reddit. However, Kaleh’s Instagram still has a link to an Amazon baby registry under her name. The registry lists an arrival date of August 30, 2021. It also states that Kaleh is in Raleigh, North Carolina, which is only about half an hour from Fuquay-Varina where the Clarks live.

Unfortunately, we don’t know anything else about Kaleh’s pregnancy. As you might expect, many fans online are openly speculating whether or not the child is Jarod’s. However, it’s not too difficult to work out a timeline that would seem to suggest that isn’t the case. 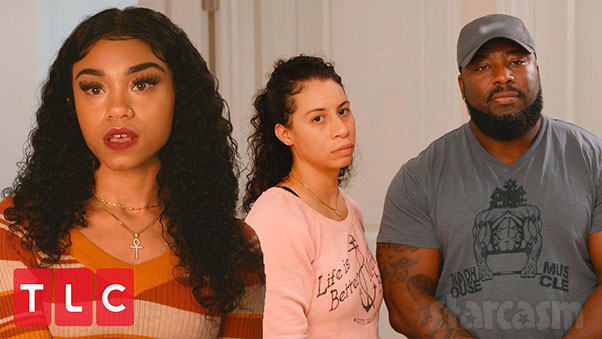 Part of the issues with the Clarks and Kaleh was brought on by the onset of the COVID-19 pandemic and the resulting mandatory quarantining. It appears as though things fall apart and Kaleh decides to leave fairly early in the pandemic, which would have been summer at the latest.

Given Kaleh’s due date of August 30, that would mean she conceived some time around early December of last year. Unless she got back with the Clarks (or perhaps just Jarod) after they split, I assume that someone else is the baby’s father.

In case you were curious, social media is not much help in trying to time Kaleh’s split from the Clarks. The last photos of Kaleh posted by Jared, Vanessa, or their joint Polygamy social media accounts were in November of 2019.

Regardless… Congratulations to Kaleh! Hopefully she will be sharing more information once the season concludes.

It’s unclear if there will be a Seeking Sister Wife Tell All or Reunion special this season, which is EXTREMELY unfortunate given some of the story lines that fans will desperately want updates on! There’s Kaleh’s pregnancy, Christeline’s split and pending divorce from the Snowdens amid abuse allegations, and the cringe-inducing question marks surrounding Garrick, Dannielle and Roberta!

Something tells me there are going to be A LOT of unanswered questions when this season wraps up.