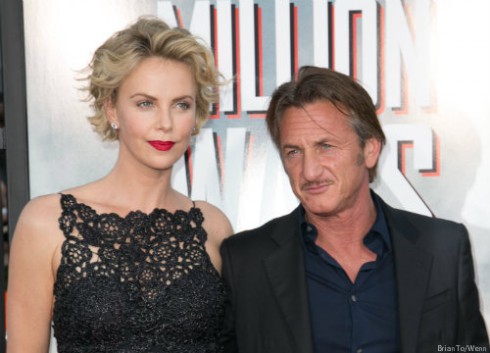 After more than a year together, Charlize Theron and Sean Penn recently sparked engagement rumors when she was seen out with a ring on that finger. Although there hasn’t been any confirmation about their relationship status, multiple sources say the pair is taking a big step in their relationship — by having Sean adopt Charlize’s 3-year-old son, Jackson.

“Charlize and Sean are very serious,” a source told People. “Charlize says this is it. Jackson already calls Sean daddy.”

Charlize adopted Jackson by herself in 2012, about a year before beginning her romance with Sean — who has two adult children from his marriage to Robin Wright. Another source told Us Weekly that he immediately realized the best way to earn Charlize’s affection was by winning over the adorable little boy…

“Sean always knew that to truly earn a place in Charlize’s heart, connecting with Jackson was one of the most important parts,” the second insider said.

To make his relationship with Jackson official, the sources say Sean recently filed papers to request the ability to adopt Charlize’s son. The second source added they are also considering adopting another child together.