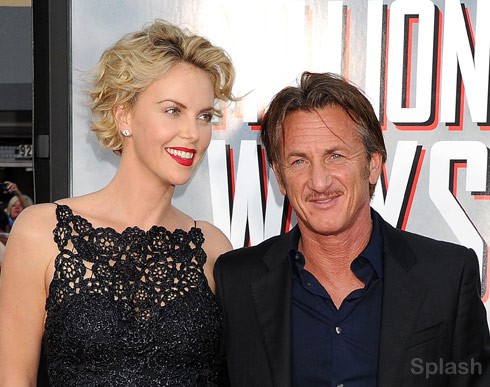 According to a new report, Charlize Theron and Sean Penn are engaged.

Penn, 54, proposed to Theron, 39, during a trip to Paris back in November. A source with Us said they, “decided to take their relationship to the next level.” The Academy Award-winning actors first stepped out together in December 2013.

Interestingly enough – no ring was involved. “There’s no ring, but they are committed,” the insider added.

Theron, mother to 2-year-old son Jackson, told Vogue in a June interview that she welcomed a long-term relationship but wasn’t so hot about the idea of a big wedding:

“Let’s put it this way: I never had the dream of the white dress. And watching other people getting married? I think it’s beautiful for them, but to be quite honest, usually I’m sitting there just devastated. It’s supposed to be this night of celebrating love, and all you see is a couple separated all night making sure everybody else is okay. It just looks like a lot of work. And as you get older, you start sifting through the stuff that really matters.”