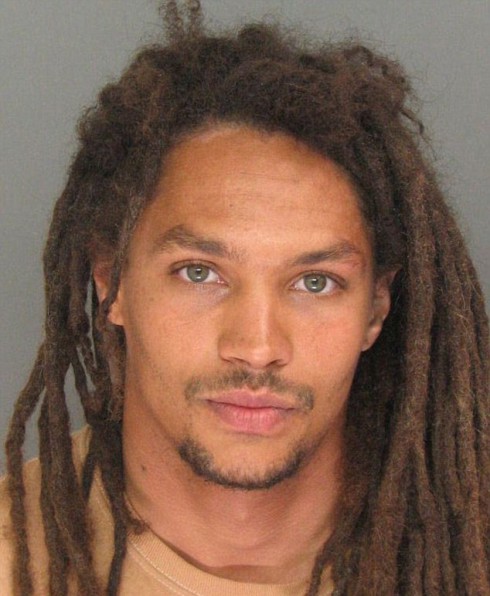 Crushes on bad boys come and go and so it is for the internet as former reigning sexy mug shot guy Jeremy Meeks has been ousted by newcomer Sean Kory.

29-year-old Kory was arrested while attending a Halloween parade in his hometown of Santa Cruz, California. According to CBS San Francisco, The dreamy dreadlocked dude assaulted someone in a FOX News reporter costume. The Halloween hottie yelled that he hated FOX News, took the guy’s microphone and proceeded to rub the prop against his own Sean johnson.

Kory then attacked the victim with an aluminum tennis racquet before he and his hot-headed handsomeness fled the scene.

Cops eventually tracked him down, arrested him and took the above booking photo (thankfully).

It’s like Zoolander vs. Hansel up in here. Meeks has Blue Steel and all but Kory is so hot right now…