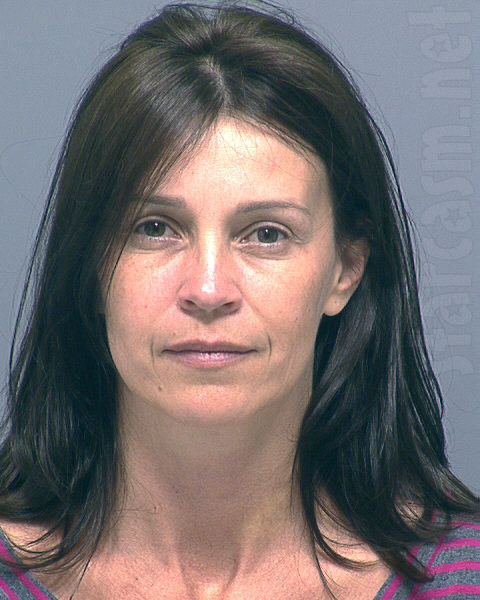 It’s been a rough week for Joanne Baldwin, future ex-wife of actor Daniel Baldwin. On Tuesday Daniel filed a restraining order against her citing her abuses of drugs and alcohol and his concern for the safety of their two daughters. On Wednesday Daniel filed for divorce and later that same day Joanne was arrested in Clackamas County, Oregon for “probation violation driving under infl of intox.”

In the restraining order documents Daniel recounts a disturbing event that apparently wasn’t a joke. From The Daily Mail:

In it, Daniel, brother of 30 Rock star Alec, 53 , says that Joanne once came into the bedroom and said she had just watched a documentary on women who kill their husbands, saying, ‘Now I know how to do it, I understand why they did it. You have been warned.’

Daniel says their three-year-old daughter heard the comment and asked him: ‘Is Mommy going to kill us?’

After the restraining order was granted Daniel, 50, received custody of the couple’s two daughters, Avis Ann, 3, and Finley Rae Martineau, 18 months. He then issued this brief statement to reporters:

‘Due to recent events in our home and for the safety of my children and myself, I have made this decision, I’ve had my share of problems with drugs and alcohol and know first-hand how difficult a position she is in.’

Daniel has indeed had his share of problems with drugs and alcohol, something he shared publicly as a cast member on Celebrity Rehab with Dr. Drew in 2007. Daniel left after only four episodes citing work obligations as the reason for his departure at the time, but it was later revealed he left the show after sending cast mate (and adult film star) Mary Carey ‘inappropriate’ text messages. 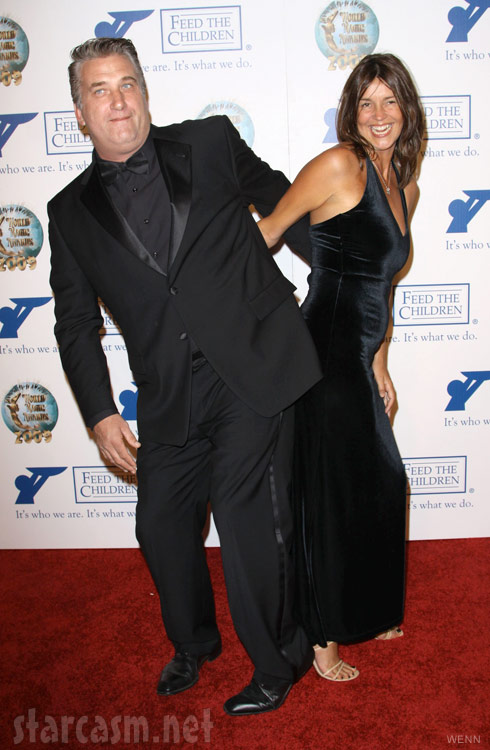 ^ Daniel Baldwina and wife Joanne Baldwin unwittingly do some prophetic joking around while attending the 2009 World Magic Awards held at The Barker Hanger in Los Angeles, California October 10, 2009 (FayesVision/WENN.com)

Daniel and Joanne wed earlier in 2007 after meeting when she was a chef at a Malibu rehab facility Daniel was attending.

The separation seems to have been a long time coming as Daniel lays out numerous threatening instances involving Joanne in the initial restraining order documents. Among the incidents cited by Daniel was an occasion when Joanne was “highly intoxicated in our home.” There were also claims that she woke their sleeping children by “screaming and throwing objects around the house.”

From The Daily Mail:

The papers also list numerous times when Joanne has punched him, pulled a knife on him, slapped him and even hit him in the face with a phone. She also drinks so much she often blacks out, or so the brief says.

Then on Saturday Joanne allegedly got into an argument with her mother and afterward went into a “violent rage” and punched Daniel repeatedly in the head and face, resulting in him calling the police.

As mentioned previously Daniel has custody of their two daughters until other arrangements can be made.

Reba McEntire and Narvel Blackstock separate after 26 years of marriage