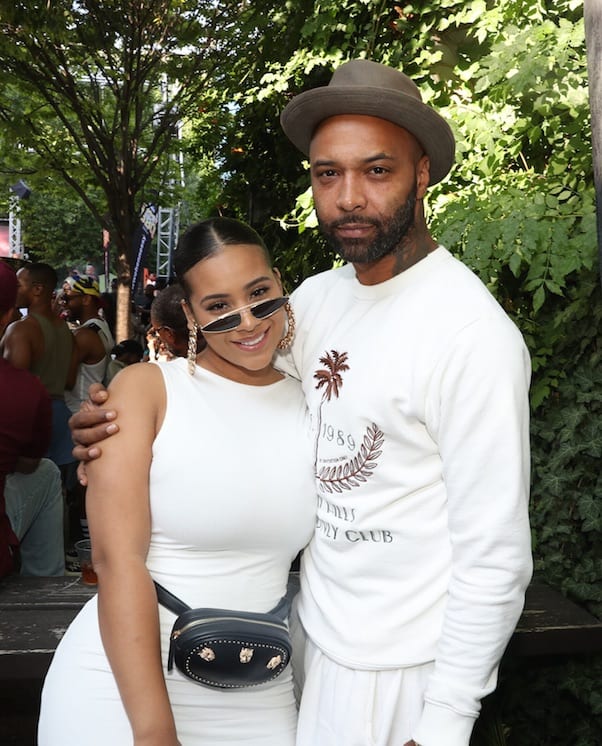 Cyn Santana and Joe Budden have allegedly called it quits. The high-profile LHHNY couple — who share a son together, and were said to be contemplating another child — appear to have ended their engagement for mystery reasons. So did Cyn and Joe split? Or was this just a big fight, the details of which we’ll learn more about when we get closer to the Love & Hip Hop New York Season 10 premiere this fall?

Bear in mind that when we say “mystery reasons,” it’s because there appears to be precious little info on what actually happened. All we know for sure is that late last week, Cyn and Joe wiped each other from their respective Instagram pages, and Cyn stopped wearing her engagement ring in public. There are a ton of rumors out there about what might have gone down, but only one anonymous insider has come forward with any tea (on which more in a minute).

First up, here’s Joe’s second-most-recent podcast, the last one he put out before he and Cyn’s drama. There’s been a fair bit of speculation about whether his half-joking comment at the end of the podcast may have set Cyn off. Near the end of the show, Joe says that he expects a good home-cooked meal when he gets back from his current tour — but that Cyn’s not the home-cooked meal type.

Not long after the first wave of gossip about the Cyn and Joe split, the aforementioned alleged insider spoke to Hollywood Life, and within two paragraphs both confirmed and disconfirmed the worst of the tea. From HL:

Cyn is no longer wearing her engagement ring and she has wiped Joe from her page, they have split. It just happened, he’s gone on tour right now and they had a blowout fight. It’s very fresh…Hopefully they can work it out, they have their son and they have a lot of love. They are both very passionate, so hopefully this is a case of fighting hard and loving hard and the hope among their friends is that they will work this out. But as of now she is saying it is over. She seems very upset, hurt and angry.

Not to downplay anything that’s going on in their relationship, but this doesn’t sound like a forever split? Granted, taking off your engagement ring is a big deal (for sure bigger than a simple Instagram purge), but it’s also much easier to get in a fight and potentially blow things out of proportion when one person is out of town. Which is also not to say that Joe is right and Cyn is wrong; he clearly said something to upset her.

We’ll doubtless get more tea from the two of them — or more anonymous sources, at least — when Joe wrap up his current tour on June 1st. And he’s actually on a quick break right now; his next booked show is May 18th, in Chicago. So it’s also possible that the whole thing between Cyn and Joe could be resolved by then.

So now Khloe Kardashian is reportedly pregnant, and Lamar Odom is the father