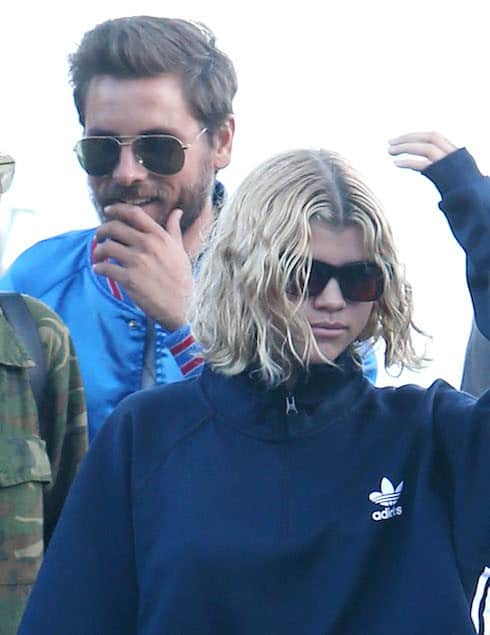 Scott Disick appears determined to keep up his Kardashian-trolling ways. It’s been weeks since Scott, in an attempt at getting Kourtney’s attention, started a Cannes love-fest that saw him with a different teenaged model on his arm every day for eight days and try for two different threesomes (one of which apparently involved Bella Thorne and her sister). And now that rumors of his bridge-burning tell-all have fizzled out, reports are linking 34-year-old Scott Disick and Sofia Richie, who will be 19 this August.

The two raised eyebrows when they stepped out last week for a dinner date at Malibu’s noted sushi restaurant Nobu. (That’s Scott Disick and Sofia Richie together after the date in the photo above.) However, according to Us, the date was not the pair’s first outing together that week; Sofia drew considerable attention to herself the day before by FaceTiming with Scott while she walked through LAX. After reports of the two hooking up went wide, Sofia tried to calm fans down by saying that she and Scott are “just homies.” Also of note, though, is the fact that Sofia was one of Scott’s Cannes conquests–but the first one with whom he’s been seen out for a follow-up date. 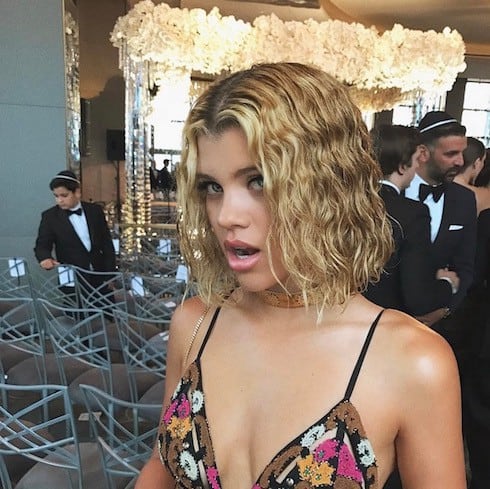 The 18-year-old again tried to quell any rumors about Scott Disick and Sofia Richie by taking to Twitter after FaceTiming but before the Nobu date. Notably, her deflection contained a list of things she’s focusing on, any one of which could contain Scott:

The last time I'm gonna say it. Scott and I are just friends. I'm single and focused on friends, family and work. ?? #againrelax

Kourtney, for her part, seems to be getting farther and farther away from Scott as a romantic partner. As Hollywood Life pointed out, last night’s Season 13 finale of Keeping Up With The Kardashians contained a pointed confessional from Kourtney, one that reinforced everything she’s either said or reportedly said about Scott over the past few months.

“Scott and I are just not meant to be together,” she said. “I’m ready to just move on and feel like, ‘Okay, it’s done.'”

Now that she’s single again, the ‘Kourtney and Scott are getting back together’ gossip has begun

REPORT LHHATL Tommie was fired mid-season for fighting too much