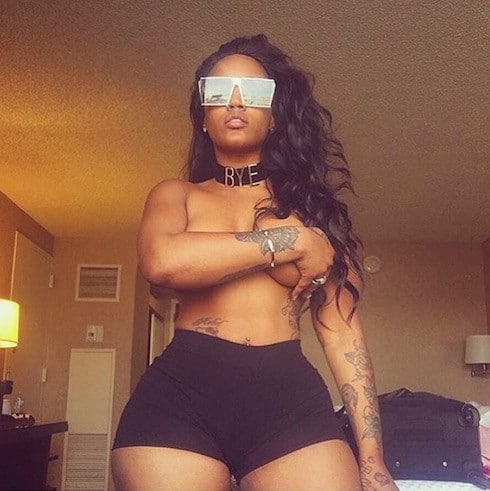 For a little while, it looked like Jhonni Blaze was poised for reality TV stardom: her stint on Season 5 of LHHNY widened her exposure and earned her thousands of new fans, but she never quite rose above support status and decided against coming back the following year. Then, she was set to be one of the headliners for VH1’s much-lauded Love & Hip Hop Houston spinoff, which filmed for several weeks last year.

However, two things conspired against Blaze: network execs deemed the pilot episode surprisingly dull and decided to pass on the show. And a huge fight during one of the first scenes filmed allegedly resulted in guns being drawn, a cameraman being injured, and the whole production getting shut down for several weeks. (So you could argue that it really was nice of VH1 to even entertain an LHHHouston pilot episode at all.)

But it seems the third change of scenery in as many years for Blaze might be the thing to help her name really catch fire. She’s been seen out and about during filming of Black Ink Crew Chicago, and has apparently joined the case in some capacity:

It’s not immediately clear if Jhonni is all-in with Chicago, or if she’s just popping up for a few episodes. (Filming’s been underway for at least a couple of months, and fan reports haven’t included too many sightings.) If she is only a part-timer, though, we know it’s not for love. Jhonni’s newest love interest is none other than Bryshere Gray of Empire fame, and have a grand time as amusement parks:

Black Ink Crew Chicago Season 3 is filming now, and is expected to air in October 2017.