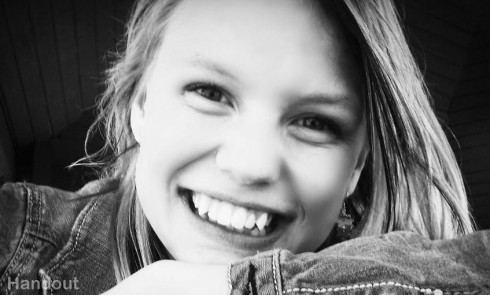 Minnesota teenager Riley Stratton got in hot water with her school after making a post on Facebook. The tables have since turned as the school has now agreed to pay her $70,000 and rewrite policy after forcing her to reveal her password.

Back in 2011, Stratton, a 6th grader at the time, wrote on her Facebook wall that she hated an employee of her school. Word got back to her Minnewaska school and the questionable means in which they handled the situation led to the eventual lawsuit.

At first they levied an in-school suspension against Riley even though the comments were made outside of school hours. Following the punishment she posted again on Facebook asking who had told on her. “I was a little mad at whoever turned me in ’cause it was outside school when it happened,” she told the StarTribune.

After that posting, a parent filed a complaint that Stratton had a chat on Facebook of a sexual nature with her son. The school called her in and forced her to reveal her Facebook password in the presence of a school resource officer. The officials then looked through Stratton’s personal communications in front of her.

Riley’s mother said she was never informed about their intent to require her daughter to reveal her password or given the opportunity to be present, saying that she had only received a call the morning of to discuss the sex-talk complaint.

As part of the settlement the school district admitted no liability. Current Superintendent Greg Schmidt said, “We’ll be certainly much more cautious about punishing people for things they say off-campus outside of school time,” according to WCCO.

Riley, who no longer attends public school because of the ordeal, issued the following official statement:

“I am so happy that my case is finally over, and that my school changed its rules so what happened to me doesn’t happen to other students. It was so embarrassing and hard on me to go through, but I hope that schools all over see what happened and don’t punish other students the way I was punished.”