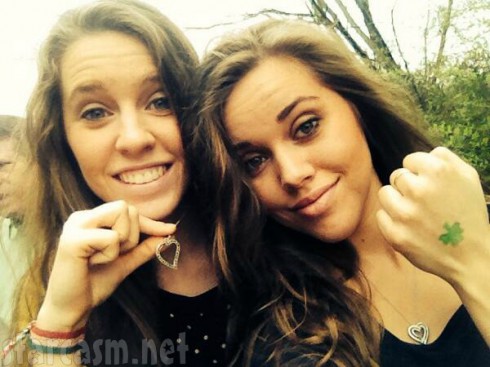 With the season premiere of 19 Kids and Counting right around the corner, many viewers are eager to get a glimpse into a courtship by watching Jessa Duggar and Ben Seewald’s relationship unfold. But, there are a few good reasons to believe 22-year-old sister Jill Duggar is going through the same process.

During a recent stop by the HuffPost Live studios, host Nancy Redd asked the family who has gone through a courtship. Oldest son Josh Duggar and Jessa Duggar both raised their hands, but younger daughters Jordyn and Johannah chimed in to say “and Jill! and Jill!” multiple times. (The question begins at the 6:28 mark.)

In Hattiesburg American story one week later, the writer referred to Jill as “the first daughter to start dating.” With 19 kids to keep track of, the author may have confused Jill with Jessa — especially because someone who knows a lot about the Duggars wouldn’t dare to use “dating” as a synonym for “courting.” That being said, the author did immediately follow with a quote from Jill…

“I’m really looking for that good godly character,” Jill said during the Growing Up Duggar book signing. “That’s something that’s going to be with you throughout your life. Knowing you’re going to be a good dad to your kids and someone you want to spend the rest of your life with.”

Adding to the mystery, there is a new photo of the whole Duggar clan posing together. The picture includes Ben, who was standing beside Jessa, and a mystery man who appeared to be rather close with Jill. (Is that a side hug?!) 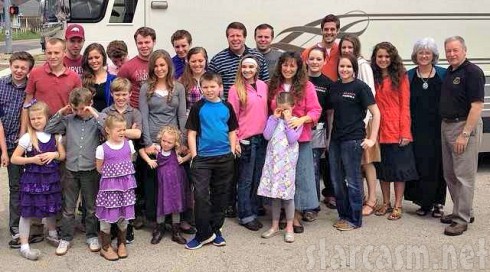 ^Jill Duggar is in the back row, fourth from the right.

At this point, there are way more questions than answers about Jill’s potential courtship. But, considering the Duggars have been known to keep these kinds of secrets until opportune moments, don’t be surprised if Jill’s courtship is confirmed in the relatively near future.