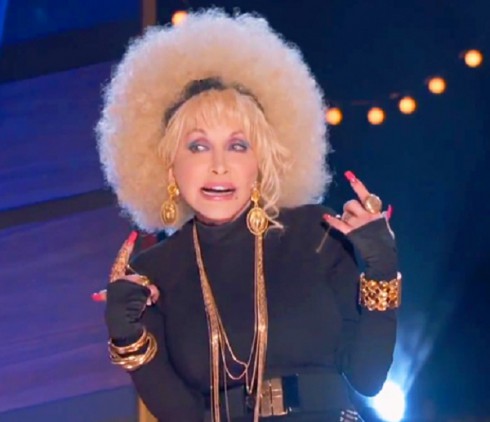 Dolly Parton’s latest performance might not be up to the Grand Ole Opry standards, but we sure found it entertaining! The country music legend (and godmother of Miley Cyrus) is showing off her secret talent on the Monday, Oct. 21 episode of The Queen Latifah Show: rapping! And based on the sneak preview that’s floating around, we have to say…she isn’t bad:

Decked out in a blonde Afro and gold jewelry, Dolly—who looks fit and fabulous at 67—started out by honoring her host, Queen Latifah. “Now she’s the queen of her own hood, but I’m the queen of Dollywood,” she rapped as the audience cheered.

And then she paid homage to the thing she’s most famous for, besides her epic talent…well, perhaps we should say things. “Now, I don’t hip and I don’t hop, I’d black both eyes with this big top, I know the Queen has got ’em, too, but she don’t work ’em like I do.” 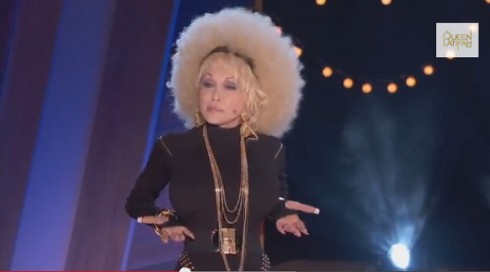 Gotta say, Queen Latifah looks like she knows it! 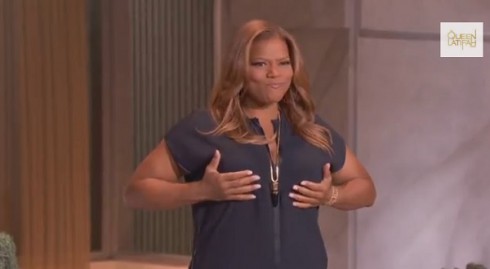 Dolly then wraps up the performance with a shout-out to her godchild, Miley Cyrus. “Hey Miley, I’ve got your wrecking balls right here!”

Simply amazing. Dolly also mentioned twerking, and while she didn’t demonstrate (at least, not in the clip), we have to wonder if she could out-twerk Miley. We think she could pull it off!

2009 Christmas is in trouble! No JC Penney ‘Big Book’ and letters to Santa will go unanswered