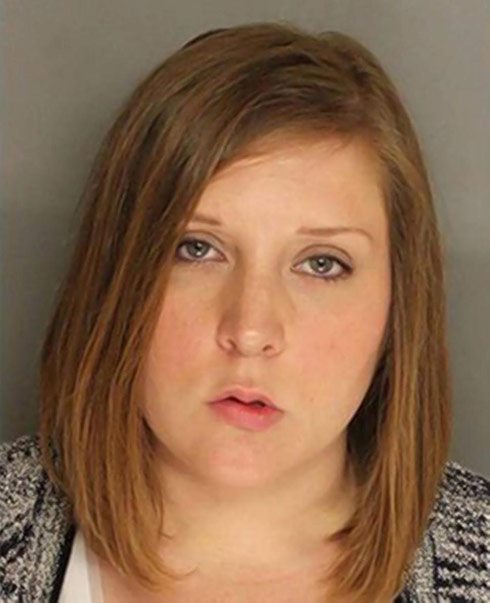 Ellen Niemiec, 29, faces 3 sexual battery charges. Two of the charges are felonies because two of the students in question were 17. The 3rd student was 18 according to authorities.

The Cross High School teacher from Berkeley County, South Carolina has been put on administrative leave and has been banned from the campus according to school officials.

The married mother of 3 is said to have had multiple sexual encounters with the three males on April 11 during a house party as well as on school grounds.

Berkeley County detective Brian Fenton, in an official statement said, “She was entrusted with educating and keeping her students safe, That’s the trust she violated. The Cross community is a very tight-knit, small community. In small communities the school is the center of the community. When a teacher violates her students’ trust, she essentially violates the whole community’s trust.”

After arrest warrants were issued Niemiec turned herself in on Thursday. Her bail was set at $21,092.

Why is Florida so weird? Experts suggest causes