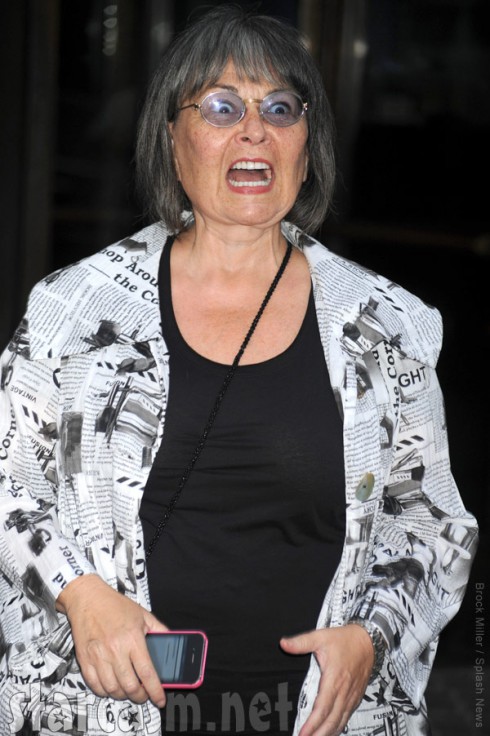 Leave it to Roseanne Barr to take Thanksgiving and flip it on its head, using the holiday as an opportunity to expound upon all the things she is completely unthankful for. The 61-year-old comedian and actress is in the midst of a 24-hour Twitter rant against everything from capitalism to the people involved with her new, apparently soon-to-be non-existent, sitcom with negative commentary on such wide-ranging targets as Anderson Cooper, capitalism, Walmart and Oprah Winfrey — all while confessing “Yes, I do have mental health issues.” (Strangely, she seems to support fellow celebrity meltdown artist Alec Baldwin.)

We’ve compiled the highlights for you here, starting with her take on Black Friday shopping before heading into issues she is having with her new sitcom currently in development. (The deal was announced back in January with Barr reportedly co-writing along with Nurse Jackie co-creator Linda Wallem, who was to be the showrunner for the new project.)

support patriarchy by arguing against it all the time. don’t think outside the box. don’t invent anything new. stay in the dead world & deb8

i am not shopping until january.

TWITTER USER: The name of the dead #Walmart employee is Jdimytai Damour. Does @Walmart get to cash in on their insurance policies they take on workers?

peasant insurance is a reality-they get paid for working ppl to death-AND subsidized by those same ppl’s taxes.

the women in hollywood cannot fall to their knees to suck d!ck fast enough.

TWITTER USER: Go to OWN. It’s got good shows, but nothing from a tv vet like you. You and O would rule the world-screw men

she is NOT a good person to work for. seriously narcissistic, absent. She hangs out w retards all day who kiss her fat ass!

WE HAD A BLAST DANCING TO THE GREAT MUSIC OF ‘BUMP CITY’ TONIGHT! #goodnight

no wonder alex baldwin calls ppl names and sh!t-he shld lay off gays and go for morons tho.

TWITTER USER: Do you think some of your tweets hurt anything you try to do for Hollywood? Things like your political stance. Etc.

singing the national anthem caused me to be blacklisted.

I would love to compile the putrid bullsh!t the daily mail sh!ts out every day, but I would go blind and mad. 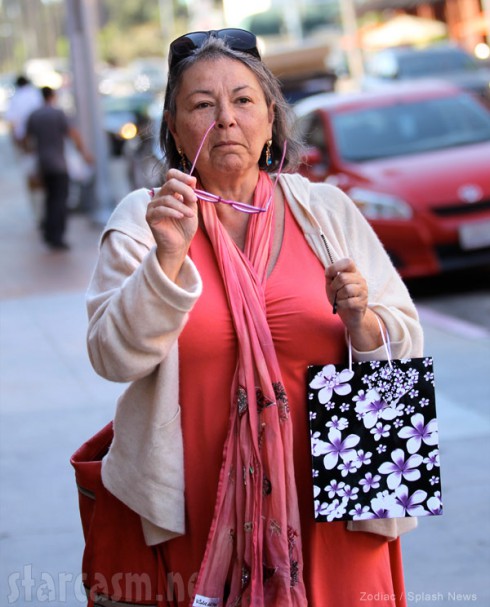 everything-every word I turned in to nbc and nbc studios was censored and thrown out-they wanted ‘my brand’ w/o me in it. Worse than matt w. [in reference to Matt Williams, producer of Roseanne, with which Roseanne Barr feuded with constantly]

Not ONE word remained of any ideas I had. I was constantly ‘corrected’ as if I had no track record whatsoever. I’m enraged over all of it.

here’s my advice: if u know something is wrong frm the start, don’t try2 make it work-don’t excuse ppl’s insensitivity. They never improve.

TWITTER USER: maybe you should sell your soul to Scientology….aren’t they the ones running Hollywood now??

No-they were, but that’s over now, since ppl r no longer willing 2 b closeted.

I thought things had changed-I was groomed2 think they had-but it’s a turn on 4 them 2 take me down.

I don’t have the emotional stability to withstand being manipulated and lied to anymore-now that I’m old.

development process went like this: show runner disappeared for 7 weeks-never returned any calls from me-I was told she ‘goes in2 a cave’ to write & cannot b reached by me. That was the first thing that happened after I signed on 2 ‘collaborate’. I was told by her assistant that she was in an undisclosed location-which had no phone or email-later found out it was a room in her house. I was also told that this was ‘her process’-and that the result would be fantastic. I asked why I had been removed totally from the process. They had less than no interest in including me in the development of a show that was built on ‘my brand’. It was horrible, but I kept on bc I had 2 C it thru-out of a bizarre interest in the insane outcome. The script didn’t resonate with me-I tried 2 b kind about it. There were hardly any jokes in the script, and I didn’t connect with the characters at all. My family told me 2 quit-I kept on trying.

I’m going to write a book about my adventures in the ‘skin trade’ (H. Allen Smith’s great book on Hollywood).

As I write thse words, I’m aware of the fact that other women’s work is belittled & undervalued far far worse than mine. That I’m a lucky 1.

my new internet show will b about the development process.

newsflash: Yes, I do have mental health issues. Decent ppl refrain from bullying, lying to, manipulating & taking advantage of ppl like me.

one thing I’ve learned in Hollywood-every time someone tells me I’m a genius-tht means I am going to get f***ed.

TWITTER USER: Roseanne, I believe some of your problems with Hollywood is just Black-Balling & the Government smearing you over politics

yes, that has been verified repeatedly-I kept trying tho bc I don’t want to let them win, but now-I realize they have won.

anyway, no more drunk tweeting late at night for me!

[Back to showrunner Wallem] then she tried2 blame me4 it2-saying she disappeared bc she was afraid of my possibly harsh judgement of her work.

TWITTER USER: then she shouldn’t be your partner. A show runner who can’t handle criticism???

They hire me in order to beat me down.

they beat me down from four directions. I hate myself 4 going back there.

TWITTER USER: What do you think of Fran Lebowitz?

she is an original and genius at a high high level-I am in awe of her.

twitter exists to aid bullying ppl who speak out.

TWITTER USER: they want to market “Roseanne’s Back on TV!” but that is probably where risk ends.

they want to force me into a corner where I have no choice but to regurgitate their boring sh!te.

i tried to back out about 20x but was told: this is going to happen, stay in the ‘process’-trust ppl-they r on ur side. LOL

KENDELL JENNER HAS 6 M TWITTER FOLLOWERS. I’M OUT OF HERE!

my kids aint for sale

when u r even & calm, vampires r attracted 2 U so they can push u over the edge & hide behind that, saying ur ‘difficult’

TWITTER USER: YOU are loved Rosie your fans are the ones that are hurting the most.

I’ve tried so hard to speak for working people, through all of this. But, TV hates its own viewers-always has.

VIDEO Tina Fey and Alec Baldwin pay tribute to Tracy Morgan at SNL 40 — how is he doing now?