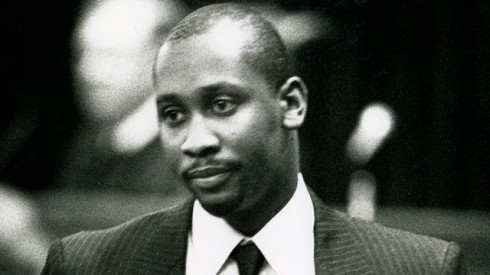 Strapped to a gurney in Georgia’s death chamber, Troy Davis lifted his head and declared one last time that he did not kill police officer Mark MacPhail. Just a short distance away behind a glass window, MacPhail’s son and brother watched in complete silence.

Outside the prison, an estimated crowd of more than 500 demonstrators cried, hugged, prayed and held candles in vigil. They were a physical representation of hundreds of thousands of supporters around the globe who took up Davis’ cause as his final days ticked away.

“I am innocent,” Davis stated just before he was executed Wednesday night. Davis’ story has become a polarizing one that had most of the nation engrossed last night in the outcome. He was scheduled to be executed at 7PM EST but a stay was granted by the State of Georgia in order to give the Supreme Court an opportunity to review a last minute appeal which was denied.

Just like the rest of us many celebrities and pundits chimed in via Twitter to express their feelings in regard to what could become a pivotal moment in the American justice system. I’ve assembled a sample of 10 various celebrity/pundit Twitter reactions following the news last night of Davis’ execution.