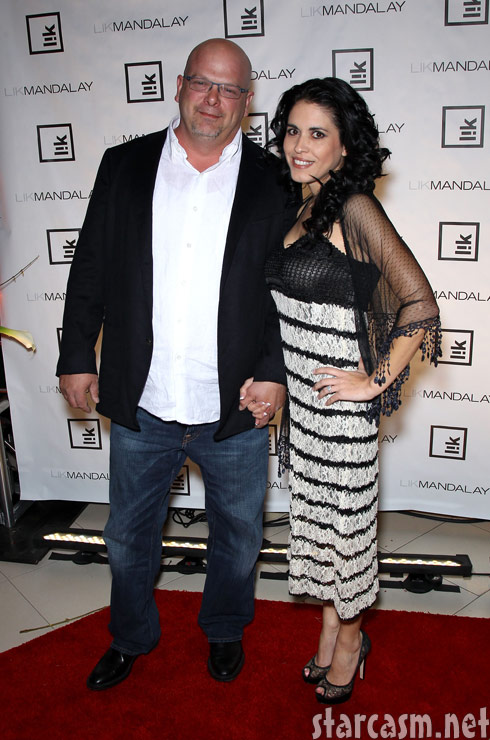 Rick Harrison, star of Pawn Stars, is ready to walk down the aisle with his fiance Deanna Burditt. After being engaged for nearly one year, the two have finally set a date and are busy planning their summer wedding which will include a couple of Rick’s network buddies.

Rick tells PEOPLE Magazine that he and Deanna will walk down the aisle on July 21 at the Laguna Beach Ritz Carlton, although they had first planned on getting hitched in Las Vegas. His Pawn Stars co-star Chumlee will be the ring bearer (OMG!) and Danny Koker of the History Channel’s Counting Cars will be marrying them.

“I can’t make that up,” he said. “I just had no idea there was so much involved. I just thought you got a cake, had a party, buy a keg. But we’re getting it done.”

Rick also reveals that his fiancé has been “sticking me with all the planning” which might explain why he’s enlisting the help of his friends to take on some of the wedding duties.

“It will be a lot of friends and family,” Rick added of their big day. “It started off with about 40 people and it’s well over 100 people now. You know how those things go.”

Rick and Deanna had gotten engaged on Valentine’s Day of last year. During the proposal that wasn’t, Rick had simply informed Deanna that they would be getting married. As he says, “I didn’t really ask her, I told her ‘Girl, I’m marrying you,’ and then I gave her the ring.”