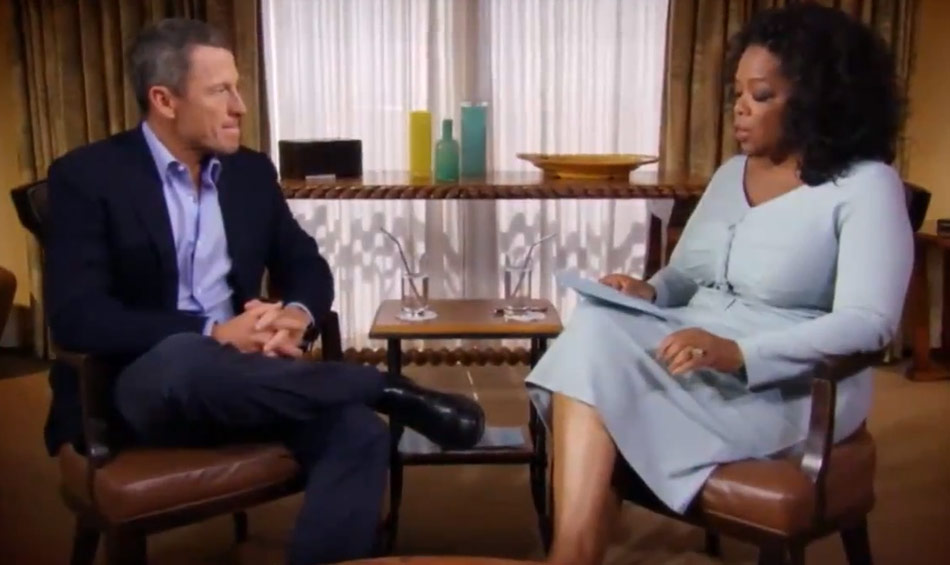 As a primer, here’s a supercut of Lance repeatedly and sometimes aggressively denying having cheated.

“I have never doped. I can say it again but I’ve said it for seven years and it doesn’t help. But the fact of the matter is I haven’t.” – Lance Armstrong

Although we’re still not sure how deep he’ll go, what makes tonight’s confession so inflammatory is how adamantly Armstrong dug his heels in as evidence mounted that he had cheated. As CNN points out, Armstrong even sued and won a libel suit for $500,000 against the Sunday Times, and you best believe they’re looking for their money back.

Barbara Walters’ 10 Most Fascinating People of 2014