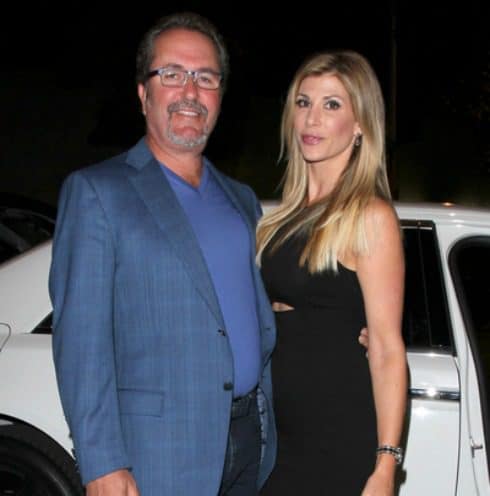 Earlier this year, former Real Housewives of Orange County stars Alexis and Jim Bellino announced they are calling it quits on their thirteen-year marriage. Jim filed for divorce from Alexis on June 21 and asked for joint legal and physical custody of their three kids, as well as spousal support.

When word of their divorce went public, Tamra Judge and Shannon Beador offered up their commentary on the Bellino’s failed marriage. During an interview on Heather McDonald’s Juicy Scoop podcast, Tamra accused Jim of being a “shady mother****er” who is “going to jail,” and Shannon said his trampoline park paralyzed customers.

Once Jim learned about the disparaging comments made against him, he came out swinging. The ladies claimed they were simply “poking fun” at the situation, but the damage was already done. In July, Jim filled a lawsuit against Tamra and Shannon for damages in excess of $1 million.

Jim’s legal team began pulling together evidence to show Tamra and Shannon have “hostility and ill-will” towards him and “a pattern of making up stories to create notoriety for themselves in the media.” This is where Gretchen and Slade come in…

Gretchen Rossi and Slade Smiley have a long-standing, contentious relationship with Tamra, dating back to 2008, when Gretchen joined the RHOC cast. Jim is hoping to use Gretchen and Tamra’s hatred toward each other in this lawsuit.

Bellino claims Gretchen and Slade reached out to him to share their own story of how Tamra has slandered them in the media, and alleges they want to support his lawsuit against her.

Initial reports said Gretchen and Slade initiated their involvement in the lawsuit willingly. According to Us, Jim “was contacted by Smiley who told him he and Rossi want to help him in his lawsuit against Beador and Judge.”

Yesterday, Gretchen took to social media to call BS on the reports.

According to Gretchen, they were contacted by Jim — not the other way around. She said Jim asked them to testify against Tamra, but Gretchen and Slade made it clear they wanted no part of it.

“I hate to even have to address this, but unfortunately many articles are being written with incorrect information regarding our involvement in Jim Bellino’s court case so my intent is to clear it up here,” she explained.

“Since then his attorney has requested the court to lift the discovery hold so they can subpoena us and others in order to force our testimony. If the court allows this then we would no longer have a choice to be involved or not, even if it’s against our will,” Gretchen explained.

Stuck between a rock and a hard place, Rossi says she’s forced to participate, or she’ll be held in contempt of court.

“I have not joined Jim Bellino’s court case and am not a party to this matter,” she clarified. “I did not agree to testify, thus the reason they intend to subpoena our testimony.”

Tamra is also clapping back at Jim’s attempt to rope Gretchen and Slade into this mess. In a statement obtained by Us, she said Jim’s motion is “foundationless” and “conclusory hearsay.”

This isn’t the first time Jim has strong-armed his former RHOC castmates with lawsuits. In 2012, Jim and Alexis threatened legal action against Tamra for comments she made, including her infamous “Jesus Jugs” remark, as well as referring to the couple as “faux Christians”. Jim’s threats went nowhere, and Alexis left the show shortly after.

We’ll keep you updated as this story continues to unravel. Stay tuned!