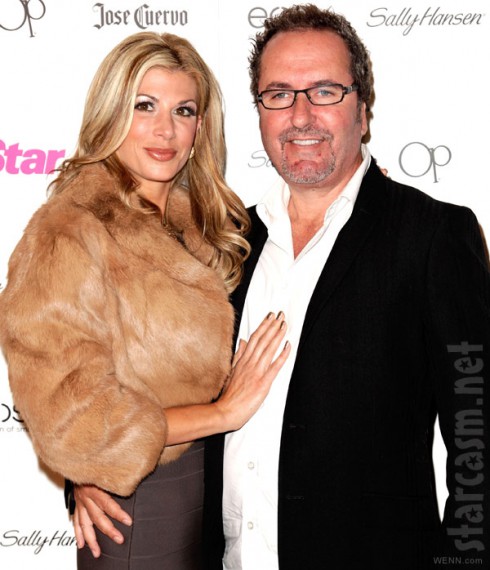 There is trouble in The O.C. Alexis Bellino recently called her Real Housewives of Orange County co-star Tamra Barney ‘blasphemous’ after she referred to her as ‘Jesus Jugs.’ It was the nickname heard ’round the world, and boy did it start a war. Shortly after getting word of Alexis’ harsh words, Tamra let loose on Alexis and her husband, calling them ‘faux Christians‘ and exposing Jim’s strip club visits with Peggy Tanous. Now, the ball is in The Bellinos’ court and they are fighting back in a big way!

Not only are Alexis and Jim releasing a statement of their own, they also claim that they’ve been advised to take legal actions against Tamra for her false statements. In their statement, The Bellinos allege that certain cast members “use the show as a platform for personal attacks and character assassination, perhaps out of personal insecurity or simply to inflict pain.” 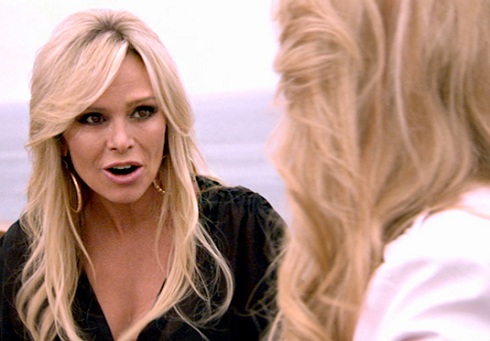 “Tamra’s most recent statements are completely false. While her motivation may be to elevate herself by hurting others, the law does provide boundaries outside of which even she may be held liable,” their statement continues. “We are prepared to defend ourselves against these unfounded, slanderous and defamatory remarks to the fullest extent of the law.”

In an interview from earlier today, Jim confirmed that he does not want Alexis to participate in the show any longer. “I don’t. I don’t want her to do it anymore. I absolutely do not want her on the show. But Alexis will do what she wants to do. It’s completely her call.” As for Tamra’s ‘Jesus Jugs’ comment, Jim added, “It’s making fun of someone’s faith and it’s completely unacceptable. I find it offensive and horrible.”

Alexis has yet to make a decision on whether or not she’ll return. In fact, she’s made the rounds telling everyone that she has been dealing with a lot of trauma this season and needs to digest everything before making her mind up. “She’s talking to them now and we’ll see what happens. Whatever decision she makes, I just want it to be the right one for her.”

Alexis Bellino has a nose job, a boob job, and an ex-husband out for blood,