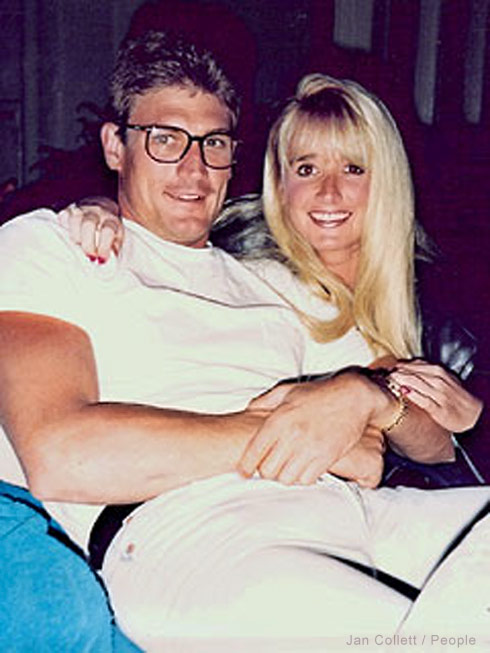 The Hilton family has had it’s share of drama through the years, as documented by Jerry Oppenheimer in the book House of Hilton: From Conrad to Paris: A Drama of Wealth, Power, and Privilege. The story begins with Paris Hilton’s grandfather Conrad Hilton and how he became “the eccentric ‘innkeeper to the world’ who built a global empire beginning with a fleabag in a dusty Texas backwater,” and covers all of the Hilton clan all the way down to Paris.

Included in the book are details about the newest Bravolebrities and cast members on The Real housewives of Beverly Hills, siblings Kim Richards and sister Kyle Richards. 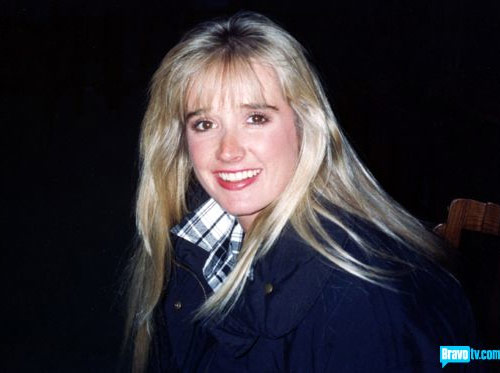 ^ Kim Richards picture from well before she was a “real housewife.”

Among the usual stories of multiple husbands, fast cars, and fast times there is a shocking story about a relationship Kim Richards had just after separating from her husband Gregg Davis. From the book:

Immediately after her separation from Davis, Kim dated a bad egg, a twenty-nine-year-old securities broker and high roller with a house in Malibu. John Collett was a central figure in one of the country’s largest scams, involving eight thousand elderly investors and nearly $150 million in losses. He was under investigation on suspicion of illegally selling partnerships in oil and gas leases.

A former stereo salesman, Collett was talking to Kim on a phone outside of Brent’s Deli, in the San Fernando Valley community of Northridge, during lunchtime on October 28, 1991, when, as Jackson put it, “someone walked up yo him and popped a cap in his head.”

Collet had been shot twice in the head at point-blank range by a hit man who had been paid $30,000 to bump him off.

Marva DeCarlo Johnson pleaded guilty to the shooting in March of 1993 and was sentenced to 30 years to life in state prison. Deputy District Attorney Robert Dver wrote “The killing was a paid hit,” in court documents, but outside of the courtroom nothing more was said of the alleged murder-for-hire plot because no evidence was ever presented about who ordered the hit.

According to a LA Times article:

Johnson’s business associate testified at a preliminary hearing that hours after Collett was gunned down outside Brent’s Deli, Johnson reported receiving a $30,000 payment for a job. Johnson displayed a stack of cash after reporting the day before that he was destitute, Michael Hadow said.

In the LA times article it says that the state Department of Corporations shut down Parker Bryant Inc. of Los Angeles, the firm where Collet worked, in the spring of 1991.

So how did Kim Richards handle this terrible event? From House of Hilton:

“The killing devastated her, but I don’t know for how long,” says Kay Rozario. According to Sylvia Richards, Kim was “supposedly in love” with Collett, and “I know she was very shook up about that episode. But Kim was so dramatic all the time. And, of course, the killing was very dramatic, so she hung on to the story forever.”

The new issue of Star magazine has an article on the murder and they talk with John Collett’s mother about it:

“John’s murder was a devastating tragedy, and Kim was just torn apart,” John’s mother, Janis Collett, tells Star exclusively. “Poor Kim had to identify his body. It was a horrible nightmare for her. I’ve never recovered from the loss, and I don’t think Kim has either.”

The magazine has photos of Kim and Collett together as well as more details about the shooting and its affect on Kim Richards in the November 15 issue, on newsstands now! 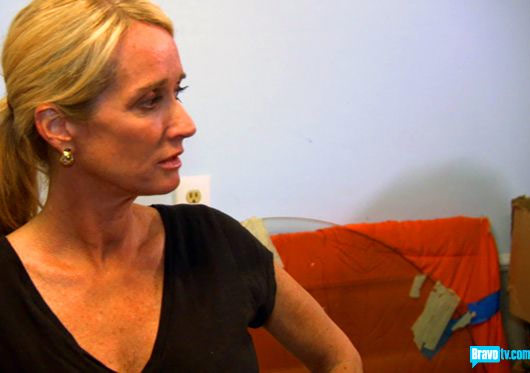 Remarkably, Collett’s death lead directly to Kim’s next serious relationship after John Jackson, an aircraft parts supplier, purchased Collett’s Harley-Davidson motorcycle from his mother who suggested he contact Kim “because it was her favorite bike. I thought it was kind of morbid, but one night on a fluke I dialed her number, we met and then from about that day on we started dating,” Jackson says in House of Hilton.

Jackson and Richards got together in the spring of 1992, and although the two never married, he fathered Kim’s fourth child, and third daughter, Kimberly.

Top photo: Kim Richards with John J. Collett from a People article published after this post. (Photo was added later.) Click the link for more information about John and Kim’s relationship from John’s mother, Jan Collett.