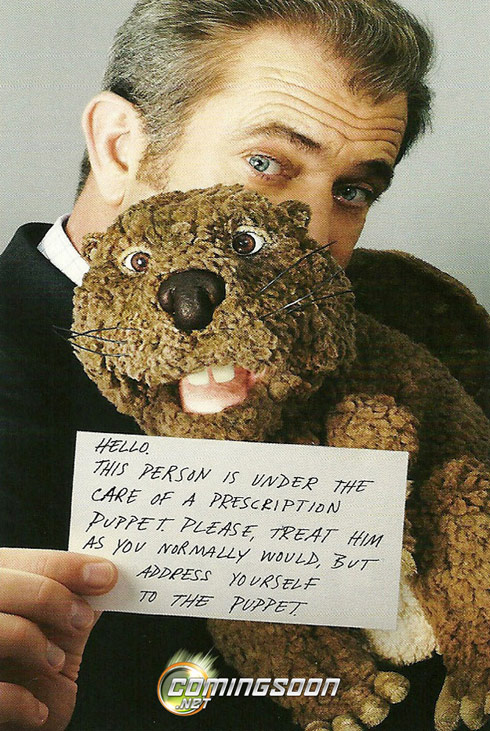 Production wrapped up on The Beaver starring Mel Gibson earlier this year, but thanks to his most recent public relations blunder in the form of enraged phone calls and voice messages recorded by his girlfriend Oksana Grigorieva and eventually leaked to the media, no one knows when or if the film will actually be released in theaters.

The movie stars Gibson as a depressed CEO of a failing toy company who finds a beaver puppet in a dumpster. Walter keeps the puppet and begins using it for any and all interaction with other people. Sounds pretty lame, right? The script, penned by Kyle Killen, actually topped the prestigious 2008 “black list” of unproduced scripts, which measures the demand of scripts not in production at the time.

Jodie Foster was brought on board as director and after numerous rumors circulated around which actor would land the leading role, including Steve Carell and Jim Carrey, it was eventually announced that Mel Gibson would be playing Walter. This, of course, was well before the Oksana-bashing audio recordings and at the time it seemed like The Beaver had automatic blockbuster written all over it.

But now the film’s future is up in the air as movie executives ponder the effect of Mel’s most recent antics will have on ticket buyers. All of that pondering didn’t stop them from creating the promotional poster above, which was snapped by the folks at ComingSoon.net at the American Film Market.

Of course starcasm had it’s own people at the Film Market, but their photo came out slightly different: 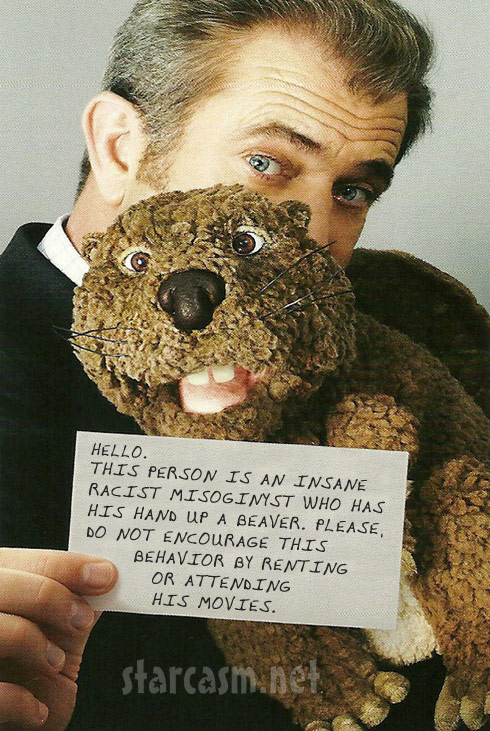 The only explanation we have for the variances in The Beaver movie posters is that our gal was using a BS-reduction harsh-reality filter on her camera at the time.

Here are a couple more that were just plain Photoshopped: 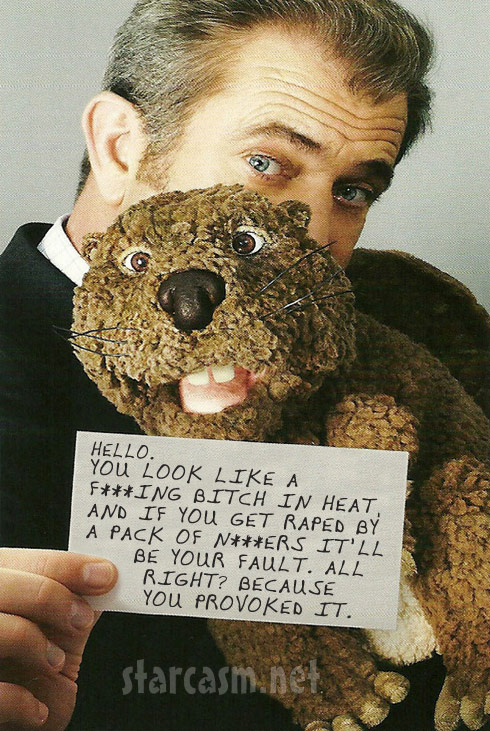 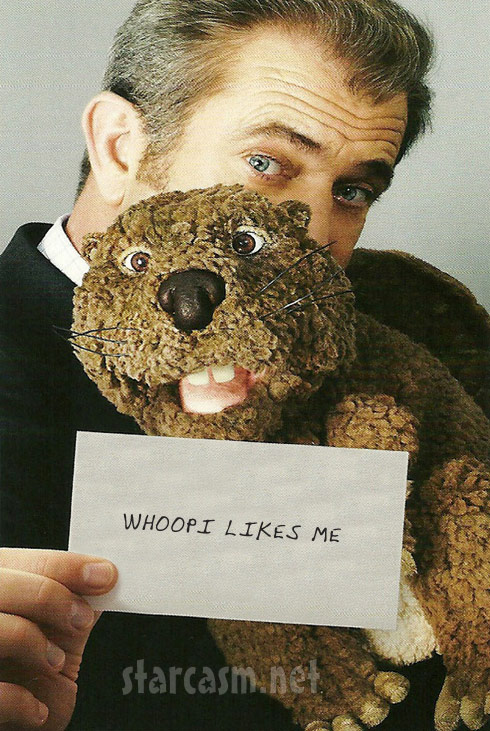 VIDEO NFL linebacker Junior Seau gets trampled by a bull!

Lady GaGa In A Kermit The Frog Coat