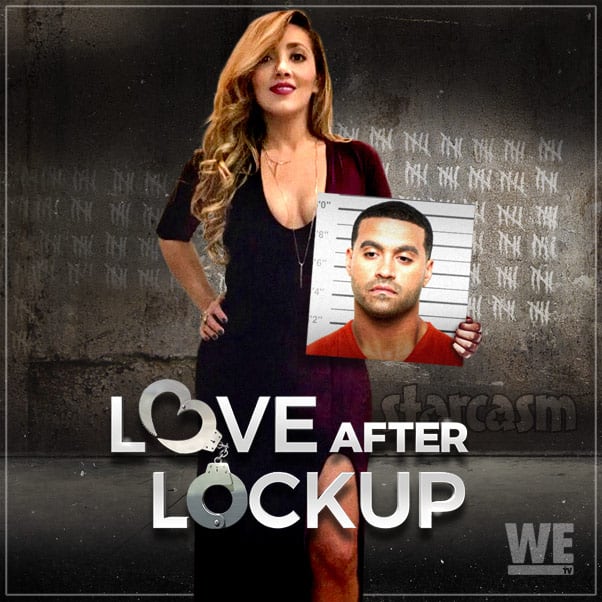 Apollo Nida, the ex-husband of former The Real Housewives of Atlanta star Phaedra Parks, is out of prison! Well, technically anyways.

Prison records confirm that the 40-year-old felon has left Fort Dix Federal Correctional Institution and has been relocated to a halfway house as part of the Federal Bureau of Prisons’ Residential Reentry Management program. Apollo’s new home is in Philadelphia, and his release date is listed as October 15, 2019.

Here is some info on the Residential Reentry Management Program and Apollo’s facility in particular:

The BOP contracts with residential reentry centers (RRCs), also known as halfway houses, to provide assistance to inmates who are nearing release. RRCs provide a safe, structured, supervised environment, as well as employment counseling, job placement, financial management assistance, and other programs and services. RRCs help inmates gradually rebuild their ties to the community and facilitate supervising ex-offenders’ activities during this readjustment phase.

Philadelphia Camp has dormitory housing. The prisoners are classed as low level risk, and Philadelphia Camp may or may not have perimeter fencing and a low staff-to-inmate ratio. Minimum security and BOP Camp’s generally are as close as you can get to not feeling like the inmate is incarcerated. To assist inmates with their rehabilitation, Philadelphia Residential Reentry Office has many work programs which enable inmates to work outside the camp in the local community.

Apollo was sentenced to eight years after pleading guilty to bank fraud in 2014. However, a judge signed off on a one-year sentence reduction in March, reportedly due to Apollo’s enrollment in the Residential Drug Abuse Program. Tamara Tattles reported the likelihood of Apollo participating in that program when he was initially sentenced in 2014. Tamara explained the program, revealing that qualifying inmates “can earn up to 18 months off your sentence. PLUS! You get to do your last six months in a half-way house.”

Apollo Nida’s paper towel fiancée Sherien Almufti has yet to comment on Apollo’s release. Her most recent post about Apollo was on May 16, when she boasted about Apollo sending her an email with “RE: RE: THE BEST WOMAN EVER” as the subject:

“If your man ain’t sending you emails with the subject line ‘THE BEST WOMAN EVER’ dump him!!!” Sherien advised her followers. “Love this man to pieces, no one has ever made me feel so special. EVERRRRR! Forever MY KING @apollonida03 ❤️?” She concluded her caption with a string of hash tags that included #specialkindalove, #myking, #cantwaittoholdyou and #hugsnkisses.

As you might imagine, some of Sherien’s followers were shaking their damn heads at the post. But Sherien was unbothered:

COMMENTER 1: @queensherien He is in jail. What type of correspondence do you expect to get? Smdh

SHERIEN: @commenter1 you win “the most miserable and biggest hater that exists” 11 seconds into my post ???‍♀️

COMMENTER 1: @queensherien not a hater. Men in jail where never that articulate before. They all say the best things. You visit, you put money on books, you email, you send cards. Why would he not say great things? Keeping it 100

COMMENTER 2: @commenter1 your initial comment … and i don’t know his back story nor will i speak on another man … as far as Sheen that’s my people’s and we can’t keep throwing peoples pass at them and I’m sure you don’t know her so just try not to slight bash nah mean. Best thing is pray for all ??

COMMENTER 1: @commenter2 it is not bashing. Look him up. He went to prison for 5 years for Rico. Then got out on Parole…after he was released he had a chance to do right. He committed tax drops, from Delra airlines corporations and got sentenced to five more years. His lovely wife paid all if his attorney fees. Supported him. But did not know that he was with his side chick. Yes, your peoples. He was still married. So what type of respect are either of them owed? 0

COMMENTER 2: @commenter1 no one is perfect that’s all I’m saying

COMMENTER 1: @commenter2 no we arent. As a woman you must be careful. How many times do you ignore truth.

COMMENTER 1: @queensherien dont have to know yall. We all know truth!

COMMENTER 2: @commenter1 we all enter people’s life for a reason … Good or Bad but you take care ??

UPDATE – The Blast has video footage of Sherien and Apollo together out and about in Philadelphia! The video is not embeddable, so you’ll have to click over to check it out. Here’s a still from the vid to whet your appetite:

Please note: The photo at the top of this post featuring Sherien Almufti and Apollo Nida in a promo for the WE tv prison romance reality series Love After Lockup is purely fictitious. There has been no indication that the couple will be appearing on the series. Although Sherien certainly seems thirsty for some reality show exposure, as evidenced by her appearance on Say Yes To The Dress: Atlanta when Apollo wasn’t scheduled to be released for a loooong time after:

Sherien is certainly aware of Love After Lockup. Here’s how she responded to an Instagram commenter who suggested she watch the show. When the commenter wrote, “Girl you better watch Love After Lock Up [sic] it usually don’t work once they get out,” Sherien snapped back by pointing out: “It usually don’t work when you meet at the club or church too…. foh ?? #negativenancy.”

Radar Online was the first to report on Apollo’s release.

Kenya Moore gets restraining order against Matt Jordan, has ‘reasonable fear’ for her life