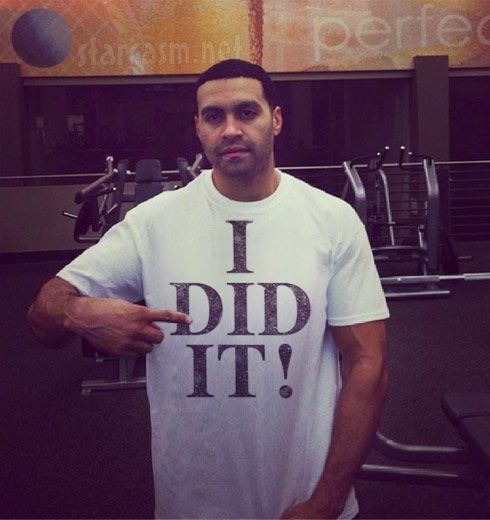 Apollo Nida pleaded guilty to charges of wire, mail and bank fraud in the U.S. District Court for the Northern District of Georgia earlier today. During his court appearance he owned up to his crimes and claimed that he was just trying to keep up with his wife Phaedra Parks, who he says had a $600,000 contract with Bravo for her role on The Real Housewives of Atlanta.

“It was a dumb situation I put myself in,” Apollo said in court, adding that he was just trying to “sustain a lifestyle” befitting of a reality show star, according to Rodney Ho of The Atlanta Journal-Constitution. He revealed he had a nervous breakdown at one point due to the pressure, but still couldn’t stop. “I got sucked in and engulfed and lost sight of things,” he said.

Apollo insisted that he hid his illegal schemes from his wife, Phaedra, and that she thought he was running a legitimate debt recovery firm.

As far as his victims, Apollo says he was able to avoid thinking about how his schemes were negatively impacting people’s lives because his targets weren’t individuals for the most part, but private businesses and the government. And he rationalized the schemes in which he or his associates would pretend to be individuals who had unclaimed property because the odds were slim that those people ever would have actually claimed the property themselves.

Regardless of his rationalizations and excuses, Apollo admitted, “It’s my fault at the end of the day.”

Judge Charles Pannell scheduled the sentencing hearing for July 8 at 2PM, at which point Apollo will face up to 30 years in prison as well as a maximum of $1 million in fines and $2.3 million in restitution for his victims.

Click here for details on the charges Apollo was charged with, and pleaded guilty to.