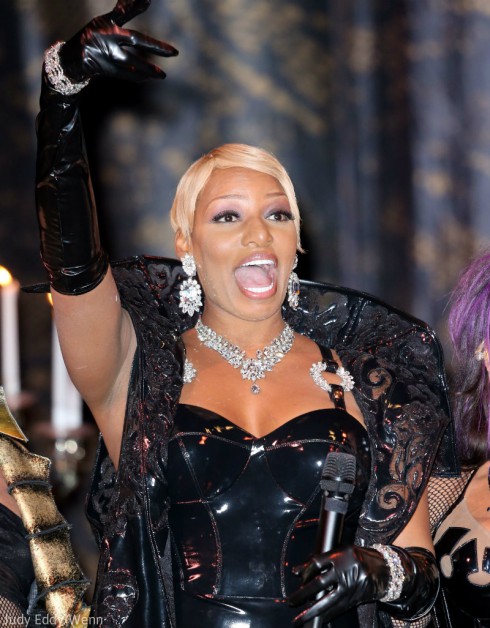 Wendy Williams learned this week that when you mess with the bull, you get the horns… And possibly a rivaling talk show!

It all started when NeNe Leakes showed off the pricey Birkin bag she customized with personal sayings. Wendy then asked on Twitter, “Hot Question: What do think about @NeNeLeakes defacing her Birkin bag?” She’s since deleted the tweet. 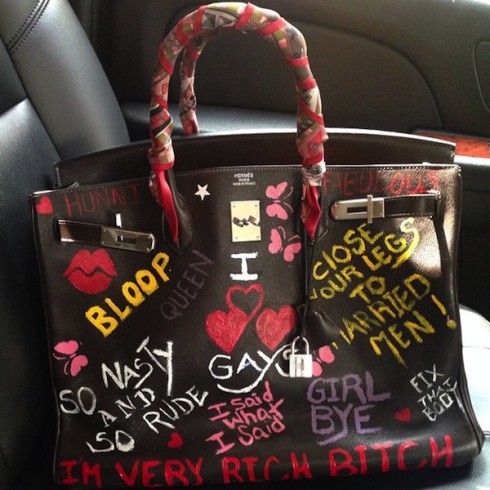 NeNe apparently didn’t take kindly to the dig, so she followed up with a lengthy blog post titled “Wendy Williams.”

I’ve actually only been nice to you! I gave you a beautiful black $3,200 Celine Phantom Bag to celebrate your 500th show but you haven’t spoken of that! But what you have chosen to do is constantly speak negative of me and lie on me! What you need to do is stop spewing hate! When it comes to gossip you are the lowest of the low!

Although “lowest of the low” is a pretty big insult, NeNe likely really got Wendy quaking in her boots with her next suggestion: “I am sure you’re scared I will take your place (I know you have heard! Ummhmm wink wink) BE SCARED!”

The only way that could have been more obvious was if NeNe came right out and declared, “I’m developing my own talk show!”

Of course, the idea of a Housewife-turned-talk show host was unsuccessfully attempted with Real Housewives of New York‘s Bethenny Frankel. Still, I could see NeNe doing well considering Real Housewives of Atlanta is the top-rated franchise and NeNe has a larger-than-life (albeit polarizing) personality… Would you watch?