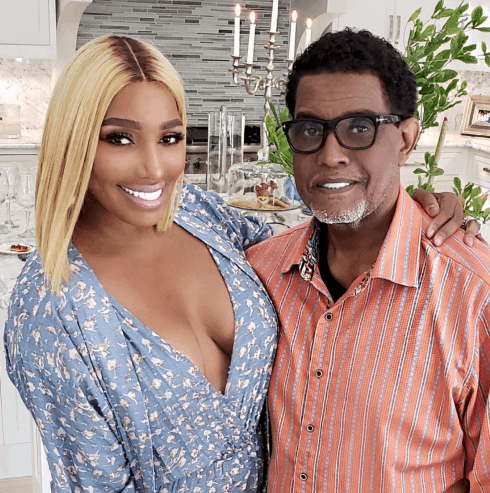 Gregg Leakes is currently battling Stage 3 bowel cancer and according to his wife NeNe he’s not always in the best mood. She took to Twitter to vent about her husbands attitude calling him “mean, grouchy and evil” and stating that she would see life much differently if she were the one facing cancer. Gregg responded with a long, loving tribute to NeNe on Instagram.

I would just think ? if i have or had cancer, i would see life so differently! Not being mean, grouchy and evil for no real reason! But that’s me. Pray for me

I never even taught about someday we might be in this position but here we are in the struggle of life Damn! This woman right here has put a mountain on her back and carried it with grace. She’s given so much of herself. You Nene, steps up to the plate, bats and knock it out the park every time. Something a lot of women can’t do or wouldn’t. So what she hit a wall and her cup run over! Pray for her, encourage her, lift her up. What good is tearing down gonna do? I’m not bed stricken and i’m not dying of cancer! I’m kicking cancers ass

In the message Gregg encouraged others to life NeNe up instead of attacking her for venting her frustration. “Pray for her, encourage her, lift her up. What good is tearing down gonna do?” he wrote. Many critics chastised NeNe for slamming her husband while he was “dying of cancer.” Gregg wanted to address this as well, saying that he is “kicking cancers a$$.”

Nene responded to Gregg’s message with “Thank you hunni for your kind words.”

Gregg received life-saving surgery after doctors found his cancer, but decided to forgo follow-up chemotherapy for a time. Tonight’s episode, however, reveals the doctors found trace amounts of his tumor circulating in his system and it’s unclear if he decide to go ahead with chemotherapy after all.