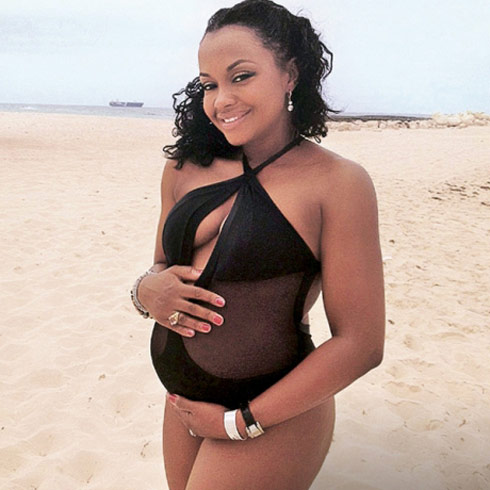 “I will be having another little boy!” Phaedra reveals to In Touch Weekly. Though she may not have gotten the girl she was hoping for, “everybody knows” Phaedra is ecstatic to be having a second child and giving two-year-old Ayden a sibling.

“He’s such a great helper,” Phaedra says of Ayden, “He’ll be a wonderful little [sic] brother because he likes to help and he’s so smart.”

Nearly five months into her pregnancy, Phaedra is on high alert after an abnormality in her pregnancy was found. “Doctors have diagnosed me with placenta previa, which means I need to be careful this time around because I can’t have a vaginal birth,” she explains. (Placenta previa is a problem of pregnancy in which the placenta grows in the lowest part of the womb (uterus) and covers all or part of the opening to the cervix.)

Despite her setback, Phaedra says that this might not be the last child for her and Apollo. “I would entertain a third child, but I would have to guarantee that it was a little girl. I think that would be plenty after that. I’m just super excited for this baby to get here!”

Phaedra is due to have a C-section at the end of May.