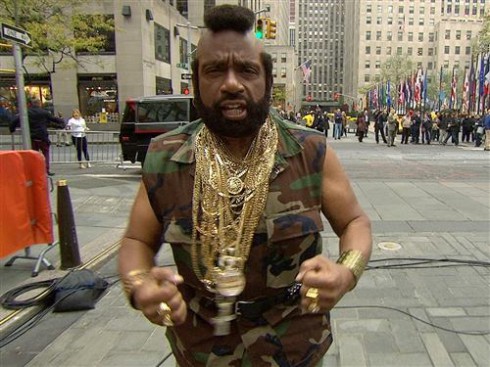 You’ve got to hand it to them: The Today Show anchors never fail to impress when it comes to Halloween! With this year’s holiday falling on Thursday, they acted on the “Throwback Thursday” trend by throwing back to some classic TV shows.

Lovable weatherman Al Roker traded his famous line (“Here’s what’s happening in your neck of the wood!”) for Mr. T’s tougher saying, “I pity the fool!”

Savannah Guthrie and Natalie Morales teamed up to play Laverne and Shirley, the classic duo from the 1978-1983 eponymous show. 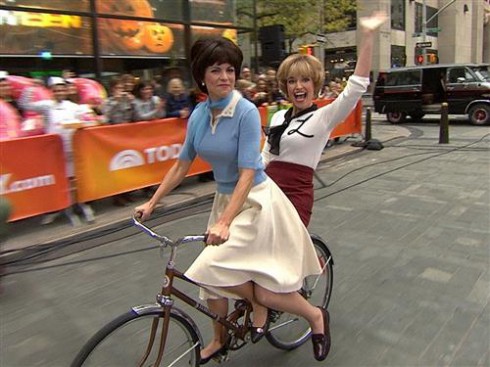 Kathie Lee Gifford and Hoda Kotb also paired up to portray Wilma and Betty from The Flintstones. The final-hour hosts joked “throwback” wasn’t their first thought when it came to Thursday celebrations…

“Hey Wilma, you know what? It’s Thirsty Thursday! You know what that means?” said Hoda, who was dressed as Betty. 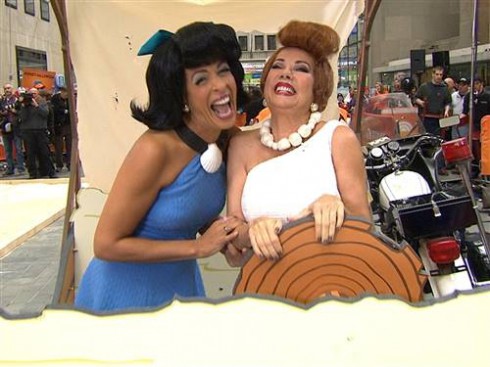 However, the undeniable costume contest winner was Matt Lauer, who voluntarily dressed in drag to play C.J. from Baywatch. 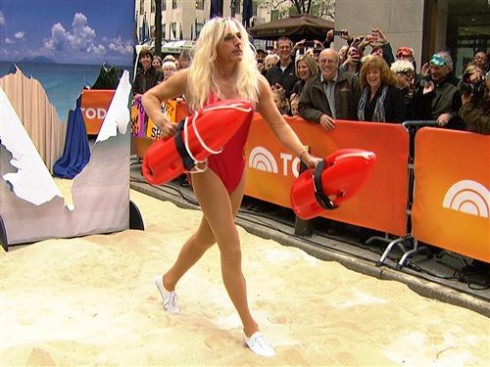 “Is someone drowning? I brought my cans,” Matt said after making a slow-motion entrance in the iconic red swimsuit.

He was joined by a David Hasslehoff-imitating Willie Giest and the real-life Carmen Electra. 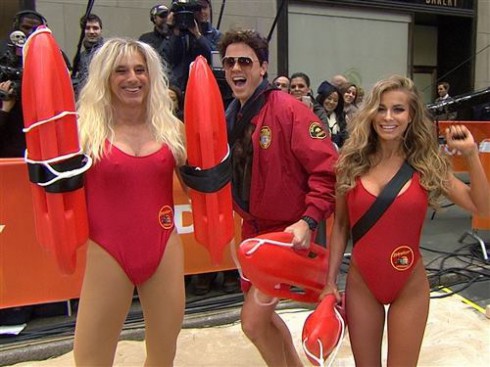 Although Matt caught some flak from his fellow anchors, this was actually the third time the newsman dressed in drag for Today‘s Halloween: He went as J.Lo in 2000 and Paris Hilton in 2004. 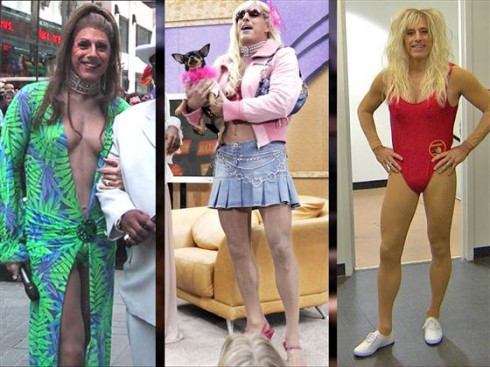 Still, Matt said he learned something new during his third drag experience: “I want to mention if anybody ever out there wants to dress as a young lady tonight and you’re a guy, and somebody in the wardrobe department comes at you with something called concealer, run for your life.”