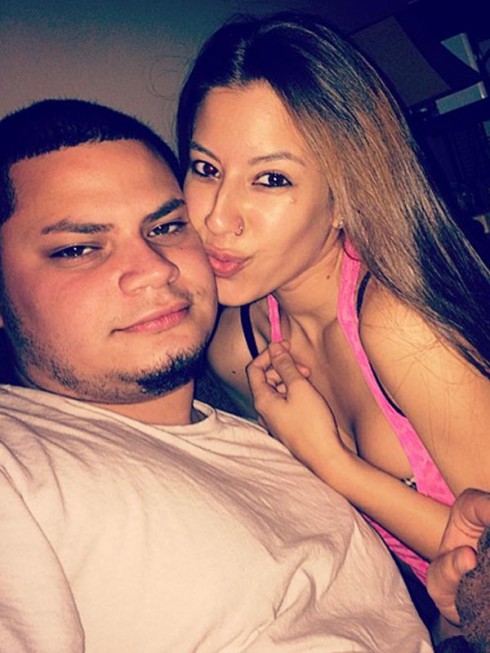 Congrats may be in order for Teen Mom 2‘s Jo Rivera and Vee Torres, as the longtime couple is reportedly expecting their first child together — which might be news to some significant people in their lives.

“They are getting ready to tell Isaac that he is going to have another little sibling,” a source told Radar Online. “Vee wanted to put the news on social media, but Jo asked her to wait so that they could finish telling their family and friends first… I don’t know if they told Kailyn yet.”

One reason Vee and Jo may not have had to chance to personally make the announcement is that she’s reportedly only seven or eight weeks along. Neither have addressed the story on social media.

UPDATE – Vee has since reacted to the news by confirming she is pregnant on Twitter and Instagram! The confirmation came after she expressed frustration at whoever it was that leaked the news. “Stupid c**t will get hers.. I know who you are and God don’t like ugly!” Vee wrote. “But on another note,” she added, “BLESSED for this journey in my life! This feeling is so indescribable. It outweighs any negativity anyone tries to throw at me… I am truly humbled and blessed! I am going to be a momma.”

Vee later shared some details about the pregnancy. “I’m due in October,” she tweeted with jack-o-lantern and ghost emoji. “So far it’s been a little rough but I’m managing!” After numerous followers expressed sympathy for Vee after someone else stole her thunder, Vee tweeted, “I never been SO P!SSED IN my life. I just need to go to bed. Thanks for the love though everybody.”

And here’s how she made the announcement on Instagram: 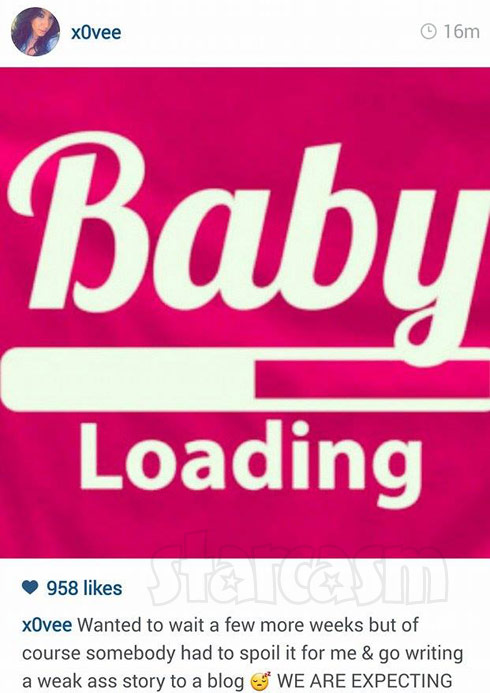 UPDATE – After retweeting our story, proud pop to be Jo Rivera responded to all of the congratulatory messages from fans:

Thank you to everyone for your support and congratulations! I'm so excited to be a father all over again! Isaac's gon be a great big brother

Although Jo and Vee’s relationship (as well as Jo and Vee and Kailyn’s relationship) has been rocky at times, everyone involved seems to be on solid ground lately. Jo and Vee even sparked engagement rumors when she was pictured with an impressive ring on her left hand. She later denied making any wedding plans, explaining, “I couldn’t be happier where I am right now. We’ve still got a lot to learn. No rush we have our whole lives.”