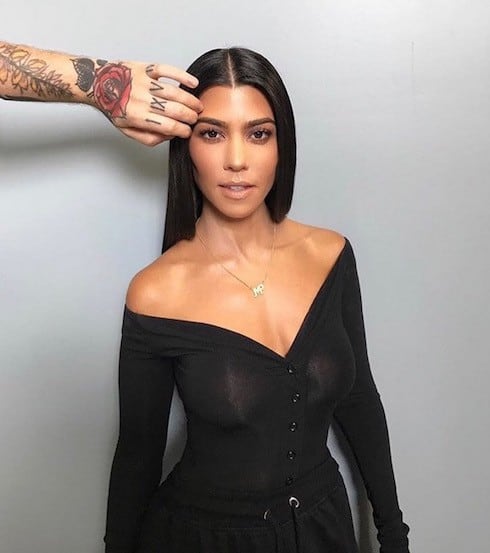 According to a pair of new reports, Kourtney Kardashian is set to wed boyfriend Younes Bendjima at some point in 2017, with either late summer or early autumn the two most likely dates. The reports–both of which come from Life & Style–have set of a tidal wave of skepticism and disbelief, along with a high-profile rebuttal, which we’ll get to in a minute.

First, though, the details. Yesterday’s bombshell report suggested Kourtney Kardashian and Younes getting married was all but a go, and that the pair really started to come together during their wild time at the Cannes film festival earlier this year. “[Kourtney] had never planned to tie the knot with anyone,” said the report’s insider, “but Younes changed all that….Kourtney is ready to be in a healthy relationship and walk down the aisle with him.”

Speaking of health, Kourtney, 38, is apparently turned on by her 24-year-old boyfriend’s dedication to his abdominal muscles (requisite photo gallery here) and the clean lifestyle that such a physique requires. While Scott Disick is “in the worst shape he’s ever been in,” Younes would “rather work out than spend all day drinking,” which is part of the reason why he’s “a hundred times more mature than [Scott].” 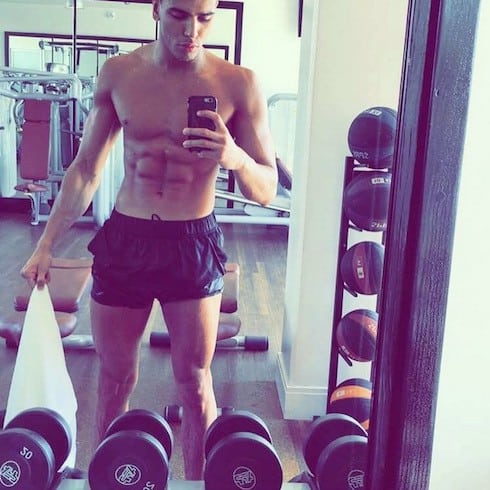 Scott, by contrast, is said to be so “livid” over the news of Kourtney’s engagement that he called her “over 30 times” since hearing the news, without getting a single response. Life & Style’s second report alleges that “those close to Scott are concerned his partying will spiral even more out of control now….Kourtney is done with him.” The second insider claims that Scott has revenge on his mind: he’ll “do anything to sabotage Kourtney’s relationship,” and has been “asking around, trying to get some dirt on Younes.”

(Devoteés will recall that this is not the first time in recent weeks when Scott has apparently turned vengeful. Back in early June, he threatened to pen a tell-all about the Kardashians, exposing whatever secrets the family hasn’t already addressed after nearly 15 years in the limelight.)

While Kourtney’s legions of fans appeared to be mostly delighted with the news, at least one major outlet is calling BS. Gossip Cop comes down hard on the opposite side of this particular rumor, saying that the whole thing is “made up” and Kourtney is “not planning” any wedding. To the contrary: per GP, Kourtney “has no intention to ‘walk down the aisle’ with Bendjima, who is far from a serious boyfriend. They have a casual romance, and are not talking about marriage or a having a child.”

Neither Younes nor Kourtney have offered comment, unless you consider some of Kourtney’s more notable social media posts from her Hamptons vacation a sly dig at the rumors:

(Photo credits: Kourtney Kardashian and Younes getting married via Instagram)